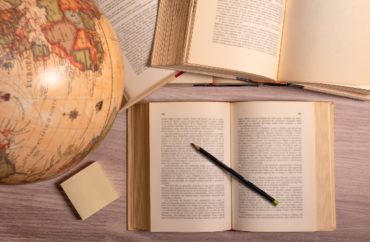 The academic discipline of history is in decline across multiple indicators, Jon Lauck, editor-in-chief of history journal Middle West Review, wrote in the “Introduction” to its Fall 2022 issue.

“You can see it in the empty chairs,” Lauck wrote. History conference panels attract just a handful of attendees, and many conferences have been canceled. Article submissions to journals have slowed to “a trickle.” Prominent history professors have resigned and schools are not replacing them, according to Lauck.

“The news is bad,” Lauck wrote:

The implications for the study of history are stark, and it is far past time to sound the alarm. We are witnessing the collapse of a precious intellectual infrastructure which is difficult to rebuild and the loss of a professional generation. Professor Robert Johnston of the University of Illinois Chicago says that the “decline in history faculty across the Midwest (and the nation) is mirrored in a terrifying decline in the number of history doctorates from those same institutions who hold tenure-track academic jobs.

Most of my colleagues do not even know the approximate numbers, and we generally refuse to talk about them at all—much less look them in the face. Yet these numbers represent a moral clarion call to our profession, as well as a demand for us to truly reckon with the human cost of so many dreams denied—not to mention the work in midwestern history left undone.

Nonetheless, “public support for studying history” still seems robust, Lauck stated. But for the field to revive, “historians will need to focus on core historical topics, not hyper-niche questions or minor irrelevancies, and they will need to rely on traditional research methods and not marginal theories.”

“The rebuilt field should be committed to open debate and discussion and transcend the era of internet sniping, ideological furies, and the cancellation of voices,” Lauck stated.

Nonetheless, “we are committed to keeping the scholarly discourse robust in coming years, despite these dark times,” Lauck concluded. “There is no such thing as a cause that is lost, the Midwesterner T.S. Eliot once wrote, as long as people of good cheer keep the flame burning and keep our history alive.”