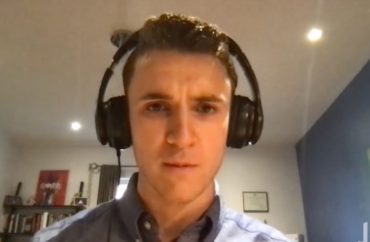 A “conservative-minded” young reporter, recently graduated from School of Journalism at Ryerson University in Toronto, penned an essay for Quillette describing a politicized education in social-justice activism.

Jonathan Bradley recalled his “pride” at being accepted to the Ryerson School of Journalism, which he said was considered the best in the country.

“I anticipated that my years there would be filled with rigorous training in the tradecraft of objective reporting,” he wrote.

But when he arrived on campus, he quickly learned that his school was ahead of the curve in “social-justice puritanism.”

Bradley saw professors deliver politicized speeches, including a “rant” about Donald Trump and a “monologue” about “how newsrooms were too white, too male, and too ‘cis’ (i.e., non-trans).” Disagreement was not welcome.

Shortly before graduation, in March 2021, he took note of Ryerson’s new diversity “action plan,” which included “the establishment of a permanent student equity task force” and an overhaul of the curriculum.

Kamal Al-Solaylee, the new professor appointed as “transformation lead,” prioritized how “journalism schools in 2021 need to be redefined, especially in a time of social unrest for BIPOC communities.”

Bradley increasingly saw that his particular critical acumen was not welcome:

Certain things have become unsayable at the school. For instance, we all had to pretend that RSJ still has a diversity problem, even though a single glance at the faculty page indicated otherwise. While the slightest misstep can get you called out or even investigated if someone accuses you of making the climate “unsafe,” my own critics felt they had carte blanche to call me a racist, bigot, and (somehow) an Islamophobe whenever I said anything they found disagreeable. University administrators have no interest in weighing into these controversies in any way that might put them offside of prevailing dogma. Their strategy is to obey the mob, keep their heads down, and keep getting paid. …

When I graduated from Ryerson, the president gave a speech about how, despite the COVID-19 pandemic, students had strived to remain committed to their studies. “Stay close to Ryerson,” he told us, “for together, we will shape the future.” But not all of us want to shape the future. Some of us just want to report on the present in an unvarnished way. And if that’s a skill you’re looking to hone, I really can’t recommend journalism school as part of the process.

Moreover, Ryerson appeared to have other priorities than telling the truth:

As I was writing this article, RSJ finally named a new chair: Ravindra Mohabeer, a specialist in “critical theories of media, digital, and visual cultures and practices,” with a focus on “social invisibility and community.” According to a Creative School announcement posted on LinkedIn by RSJ professor Janice Neil, Mohabeer is “a member of a newly-forming Canadian Communication Association committee for Racialized and Indigenous Scholars with whom, in concert with his students, he is launching a podcast that aims to showcase scholarship, interview BIPOC pioneers in the discipline, and engage in equity-focused intergenerational conversations between established and emerging scholars and students.”

From what I can tell, Mohabeer doesn’t have any day-to-day experience in producing actual journalism. But perhaps that’s fitting. In the current environment, that sort of knowledge would only get in the way.

For a budding journalist, the realization was disheartening, but perhaps only too predictable.