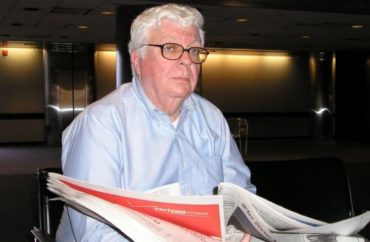 The Wall Street Journal piece on the veteran journalist described him as the type of editor who “would rather dive into an active volcano than publicly pontificate, preferring to pass out assignments quietly and distribute news clippings that provided factual foundation to shared beliefs.”

He was also adept at his craft: “Bill could have condensed ‘Ulysses’ to 12 pages. His edited copy was as lean as Hemingway’s prose on hunger strike.”

The piece in the Journal also credits Schulz with helping win the Cold War, noting he worked to keep the Reader’s Digest anti-Communist when it mattered most.

“We worked our last story together in the late 1990s,” recalls Dave Shiflett for the Journal. “The Digest had become politically anemic and was on its way to proving that you really can be too thin; Bill bowed out in 2003. He died with immense wealth: a wife of 54 years, four sons and a Catholic faith that (one cheerfully assumes) lofted him to a celestial track where he is winning trifectas and sipping nectars of the gods—and of exceptional editors.”

Schulz is also the father of Nick Schulz, a board member for the Student Free Press Association, which publishes The College Fix.