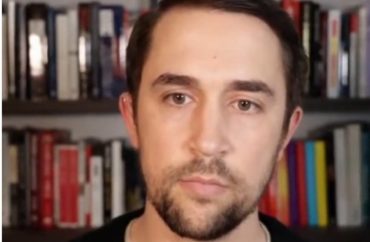 Investigative journalist Christopher Rufo (right) has released a guide on Critical Race Theory, full of direct quotes from its proponents.

“Critical race theory is an academic discipline that holds that the United States is a nation founded on white supremacy and oppression, and that these forces are still at the root of our society,” Rufo said. “Critical race theorists believe that American institutions, such as the Constitution and legal system, preach freedom and equality, but are mere ‘camouflages’ for naked racial domination.”

The guide provides quotes from CRT proponents and uses their own words to expose what it is.

Key concepts, according to Rufo, include that “All whites are racist,” “America is fundamentally racist” and that meritocracy is racist.

They oppose other classically liberal concepts such as freedom of speech. “Critical race theorists believe that the First Amendment serves to advance the interests of white supremacy and systemic racism, under the guise of freedom of speech,” Rufo said.

Rufo gave a list of phrases to use to describe CRT to change minds. “To successfully fight against critical race theory, we must adopt language that is trenchant, persuasive, and resonates with the public,” Rufo explained.

The briefing book also provides real stories of how CRT training has been implemented in the schools.