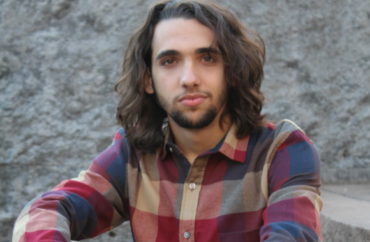 Syracuse University student and College Fix reporter Justo Triana said that the term “Latinx” is not accepted by Latinos. Instead, it is a term created and promoted primarily by academia.

He wrote in The Daily Orange:

In the almost three years that I have lived in the United States, I have barely heard any Latinos refer to our community as ‘Latinx.’ On the contrary, there have been many more times that I have heard them reject it outright without much consideration.

“Looked at closely, ‘Latinx’ is simply the result of a political dogma applied to linguistics,” he wrote. “The postmodern notion that the binary must be neutralized in order to include people who identify outside of the gender binary is the main force behind the idea that, by changing an ‘o’ to an ‘x,’ we are empowering a marginalized group.”

“Seeing how ‘Latinx’ is rarely found beyond American college campuses and the media that feeds off of them, it is obvious that it has less to do with inclusiveness than with satisfying a leftist narrative,” the conservative Syracuse student wrote.

He commented on a Politico poll that reported most Latinos do not use the term. The results of the survey show the term is “not the result of a natural evolution of the Spanish language” but “an ideologically motivated imposition from an American academic elite.”

“American institutions should not allow ideologues to impose their will on a language spoken
by 572 million people, just because they need to put their political leaning on record
wherever they go,” he said. “A language does not belong to those who step on it for an ideological purpose, but to those who speak it.”