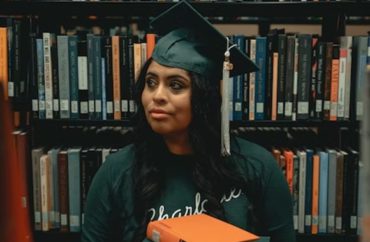 A former CEO and political commentator argued recently that students could go through law school in a shorter time and for less money, if the monopoly behind legal education could be broken.

Matthew Andersson made the argument for a three-year, undergraduate degree in law, modeled after the British system, as a way to reduce the high cost of even basic legal advice and reduce student loan debt, in a recent essay for the James G. Martin Center for Academic Renewal.

[I]f U.S. engineering schools can take a high-school graduate and, in four years, turn him into a professional aerospace, electrical, chemical, molecular, or environmental engineer at age 22, then U.S. law schools surely can follow the same method.

…There’s one roadblock, however. The [American Bar Association] runs the industry. Yet what gives a private “club” the right to set the terms and conditions for the free exercise of your labor, or your rights and access to law? The ABA is the main obstacle to reform. Through their control of accrediting, testing, and licensing, they effectively block other forms of legal training from gaining a foothold in the market. Surely, some trades require standards, but they don’t require restrictions unless one group seeks to control or monopolize opportunities and resources.

“The law industry and the individual U.S. states may have to bend, adapt, and modernize to the will—and pocketbooks—of the marketplace,” Andersson wrote. Her suggested too that “the Bar exam should be open to non-law grads: Either you know the material or you don’t, and how you get there should be immaterial in a truly free market.”

Current regulations and other obstacles has “created a legal system that too many people simply can’t afford,” he wrote.

“Consumers, small businesses, and families, however, face a determined and entrenched opposition, as the law industry tends to protect and reinforce its methods, including unnecessary years of formal education,” he argued.