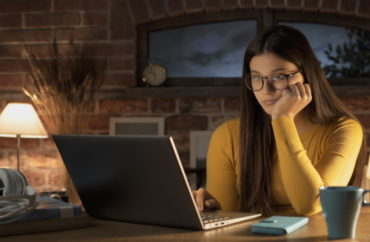 A liberal columnist for The Nation recently wrote that the “ongoing closure” of schools, particularly those on the West Coast, has been a “social catastrophe.”

“Up and down the West Coast, millions of children in some of the country’s largest cities have had no in-person education since last March,” Sasha Abramsky recently wrote.

“In Los Angeles, San Francisco, Sacramento, Portland, Seattle, and myriad other cities, there is precious little evidence the public schools will be reopening for most kids before the summer holidays,” the liberal commentator said.

“The result of this extraordinary shutdown is that low-income, special-needs, and ESL kids in the three coastal states—which pride themselves on their progressive politics—have been left behind,” Abramsky said.

After he explains that it “made sense” for states and teacher unions to resist reopening when Donald Trump was in the White House, because they couldn’t trust the public health guidance, it’s now time for a return to in-person learning.

It is an abdication of responsibility for teachers’ unions and district administrations to reject CDC guidelines on returning to schools over the coming months, and not prepare to reopen classrooms at the end of this academic year—or even the next academic year. And it is a political cop-out for governors to not prioritize funding to reopen in a speedy manner, and to not also be willing to take heat from the unions by pushing districts to reopen.

Abramsky warns of a “mental health crisis, including growing numbers of suicides” that “is burgeoning among school-age children.”

“Kids are not socializing in a meaningful way,” Abramsky said. Nor are they “developing new friendships” or “learning to navigate the complexities of social interactions.”

Students are missing out on “the sort of deep learning one gets from direct conversation with a good teacher,” Abramsky said.