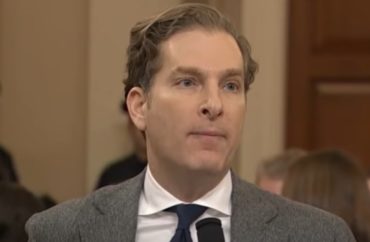 A liberal law professor at Harvard University recently explained why he supports the nomination and confirmation of Judge Amy Coney Barrett to the Supreme Court.

Professor Noah Feldman, who supported the impeachment of President Donald Trump and clerked for Justice David Souter, wrote in Bloomberg Law on September 26 his argument for the confirmation of Barrett to the Supreme Court.

Feldman and Barrett clerked together on the Supreme Court when Barrett served as Justice Antonin Scalia’s clerk.

(His essay originally ran in Bloomberg Law but is behind a paywall. The full essay is published for free at Bloomberg Quint, the Indian version of the publication.)

“I disagree with much of her judicial philosophy and expect to disagree with many, maybe even most of her future votes and opinions,” Feldman wrote. “Yet despite this disagreement, I know her to be a brilliant and conscientious lawyer,” and said she “will analyze and decide cases in good faith, applying the jurisprudential principles to which she is committed.”

Barrett, a textualist who was working for a textualist, Justice Antonin Scalia, had the ability to bring logic and order to disorder and complexity. You can’t be a good textualist without that, since textualism insists that the law can be understood without reference to legislative history or the aims and context of the statute.

Addressing Barrett’s faith, which has become a focus of of the media, Feldman said:

Barrett is also a profoundly conservative thinker and a deeply committed Catholic. What of it? Constitutional interpretation draws on the full resources of the human mind. These beliefs should not be treated as disqualifying. Some might argue that you should want your probable intellectual opponent on the court to be the weakest possible, to help you win. But the Supreme Court is not and should not be a battlefield of winner-take-all political or ideological division.

Feldman closed by urging the Senate to treat Barrett with respect.

We have a Supreme Court nominee who is a brilliant lawyer, a genuine and good person — and someone who holds views about how to interpret the law that I think are wrong and, in certain respects, misguided. I hope the senators at her hearing treat her with respect.

And when she is confirmed, I am going to accept it as the consequence of the constitutional rules we have and the choices we collectively and individually have made. And I’m going to be confident that Barrett is going to be a good justice, maybe even a great one — even if I disagree with her all the way.