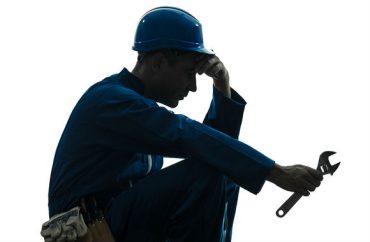 Grocery stores are more dangerous than factory floors for transmission

Who would have thought that politicians and bureaucrats would make arbitrary and capricious decisions about which businesses must shut down during the coronavirus pandemic, and which can continue operating with almost no changes?

Carnegie Mellon University’s Jonathan Caulkins, professor of operations research and public policy, scolds our benevolent overlords for their “dangerously binary” view of how to reopen the economy as the United States combats COVID-19.

In an essay for Politico, he notes that even a two-month shutdown will do “permanent damage” to the economy while doing nothing to prevent a COVID-19 recurrence this fall.

Instead, policymakers should reopen much of the blue-collar industries that can be performed safely on premises with proper distancing, such as factories and construction, while regulating high-risk consumer-facing practices that they have wholly exempted.

Caulkins notes the U.S. is behind China on this, making it a matter of national security:

True, factories involve people working together, but so do hospitals and grocery stores. And factories aren’t at all like bars or nightclubs: Already, the general public isn’t allowed inside, and many are large facilities with relatively low densities of employees because so much of the work involves heavy machinery. … To take just one small example, painted lines could be used to define specific pathways where people can walk on factory floors.

Even certain general stores such as furniture sellers could allow employees on-site to FaceTime with off-site customers, Caulkin says.

Instead, policymakers have picked winners and losers by letting Target and Walmart remain open and practically unregulated by virtue of their grocery selection, a giant exemption from #StopTheSpread practices. It’s time for grocery stores to carry their fair burden, he says:

Making aisles “one-way” would ensure that shoppers never pass each other face to face. Produce could be pre-bagged so customers are not touching three tomatoes before taking one, and “comparison shopping” could be discouraged for the same reason. Before coronavirus, there was “you break it, you buy it”; now maybe it’s “you touch it, you buy it.”

So-called essential industries have gotten away with “haphazard and undirected” safety efforts because policymakers didn’t bother making judgments based on risk.

Instead, they should implement a “concerted and systematic effort to reengineer public-facing essential businesses,” which is a much better way to slow the spread than crude and selective lockdowns against sectors that “don’t inherently involve so much person-to-person interaction,” Caulkins says.