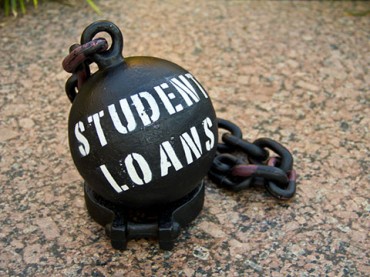 Married couples who jointly consolidated their loans under a defunct program cannot qualify for public service forgiveness programs, among other disadvantages, according to a March 2 article in Mother Jones.

Many Americans employed in public service work — with a government or not-for-profit organization — can qualify to have their student loans forgiven under certain conditions.

However, couples who combined their debt in joint spousal consolidation loans, through a program offered between 1993 and 2006, cannot convert their debt into loans that would qualify for the program — even if they work in public service.

This category of debtors hasn’t been covered much by media, the article said, because it numbers so few people: just 776 borrowers with outstanding debt.

However, this tiny fraction of student borrowers bears unique burdens, in addition to their ineligibility for loan forgiveness.

“Divorce does not legally impact the liability on these loans—they were written specifically to say that both borrowers will remain on the hook for these loans,” [Persis Yu, policy director at the Student Borrower Protection Center] notes. “That requires the former spouses to work together in order to make payments.”

This could put borrowers in physical danger. “Domestic violence is a really big problem with these loans,” Yu notes. “These loans actually can put survivors of domestic violence in a very precarious situation.”

But even when marriages don’t involve abuse and don’t end in divorce, spousal consolidation loans can still cause major financial issues.

Chris Alldredge, who created a Facebook group for borrowers with these loans, says that his and his wife’s consolidated loan prevented them from having their debt canceled through the public service loan forgiveness program.

For borrowers like Chris and his wife, whose loans were consolidated in 2005 before the forgiveness program was created in 2007, the issue took on a new urgency in 2021 when the Biden administration announced its temporary student debt reform. The new waiver made it easier for borrowers with some types of loans to pursue forgiveness. But the waiver didn’t do much to address spousal consolidation loans.

These borrowers’ only recourse might be proposed legislation that would separate the loans, making them easier to repay or get forgiven.

Chris Alldredge told Mother Jones that he aims “to figure out how to continue to pull people into our group and to try to get the Joint Consolidation Loan Separation Act pushed through Congress and Senate.”