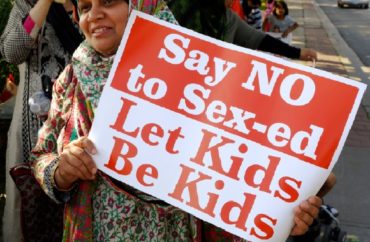 By Kevin Bessler | The Center Square

With the new school year upon us, it is more apparent that many school officials and parents in Illinois want no part of new standards of teaching sexual education in the classroom.

Democratic lawmakers passed a bill that aligned the state’s standards with a national model. School districts were given the option to opt-out, and they have in droves.

According to the website Awake-Illinois, only 20 school districts have decided to fully follow the standards, with 534 opting out.

Rockford, Mundelein and East. St. Louis are three of the largest school districts to adopt the standards, while Normal schools in McLean County did so for 8th and 9th grades only.

In accordance with the National Sex Education Standards, the Illinois State Board of Education said elementary students, including kindergartners, will learn about consent, gender identity, hormone blockers and healthy relationships. Middle schoolers will learn about dating violence prevention, different types of sex and sexual harassment. High schoolers will learn more about their bodies, pregnancy and sexual health.

State Rep. Adam Niemerg, R-Dietrich, wrote an op-ed urging schools to reject the standards and said they are too much, too soon.

“This is well beyond what the conversations that should be happening with our children in schools on this particular issue, when they should be focusing on reading, studying and enjoying sports,” Niemerg told The Center Square.

Niemerg adds the fact that school districts and parents are saying no to the curriculum should send a message to the lawmakers who passed the legislation that they are too extreme for working class Illinoisans.

“Illinois Democrats have just gone off the cliff of liberalism, and they have left everyone behind,” Niemerg said.

Supporters of the updated standards said the breakdown per grade level is age appropriate and important to educate children about the issues.

State Rep. Kathleen Willis, D-Addison, was behind the legislation and wanted the sex ed curriculum mandated for schools, which ultimately was excluded from the final legislation.

“It is not too early to start teaching children, as young as pre-school and definitely by kindergarten, about healthy relationships,” Willis said.