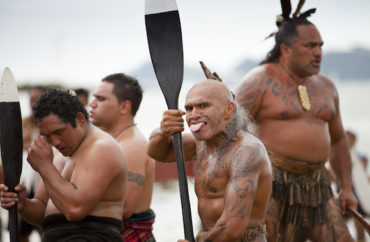 Oxford University Professor Emeritus Richard Dawkins wrote a letter to the Royal Society of New Zealand regarding its “appalling failure” to defend science in the face of modern wokeism.

The issue at hand is an article by the University of Chicago’s Jerry Coyne, professor emeritus in the ecology department, who related a message from a Kiwi colleague:

Now in NZ the Government is trying to insert something called ‘Matauranga’ into science courses. Matauranga means the knowledge system of the Maori. It includes reference to various gods e.g., Tane the god of the forest is said to be the creator of humans, and of all plants and creatures of the forest. Rain happens when the goddess Papatuanuku sheds tears. Maori try to claim that they have always been scientists. Their political demand is that Matauranga must be acknowledged as the equal of western (pakeha) science; that without this, Maori children will continue to fail in science at school.

The colleague says the Royal Society of New Zealand went after a pair of academics who had criticized this policy, calling them “racist.” He also says the academics likely will be ousted from their positions.

In addition, over 2,000 individuals, “including numerous prominent academics and other public figures,” took critics of Matauranga to task, claiming “Indigenous knowledges – in this case, Mātauranga – are not lesser to other knowledge systems.

“Indeed, indigenous ways of knowing, including Mātauranga, have always included methodologies that overlap with ‘Western’ understandings of the scientific method.”

Dawkins says the only reason Maori myths and legends are getting such treatment is because they were in New Zealand hundreds of years before Europeans. He adds these myths should be taught in anthropology, not science, courses.