In the midst of a viral Internet controversy surrounding certain housing facilities at Purdue University, one commentator is calling the hysteria “absolutely ridiculous” and “far-fetched.”

The controversy began when the student newspaper The Purdue Exponent posted photos of Purdue’s “auxiliary housing” on its Instagram page. The housing, located “in makeshift rooms in the basements and study lounges of residence halls around campus,” is arranged cubicle-style, with less privacy than is traditional in campus dorm rooms. 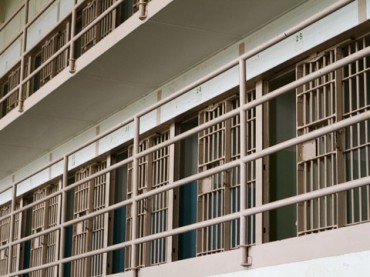 In a tweet retweeted thousands of times, one Purdue graduate said that the housing “[looks] like jail” and resembles a “halfway house.

“[I]magine dropping your child off and you enter a room called “Auxiliary Housing” and THEY DONT HAVE THEIR OWN FREAKING DORM ROOM W ONEEEEE ROOMMATE. But it’s a freaking SHARED OPEN SPACE,” the alumna wrote. Another commenter called the dorms “literal prisons.”

“Is being housed in a room with eight to ten other students ideal? No. Is the decor of the rooms shown in the photos luxurious? Absolutely not. But comparisons to ‘jail’ or ‘prison’ are more than just a little far-fetched,” Timpf wrote:

I’ve personally never been to prison (not to brag) but I have seen a lot of Lockup, and I know that prisons are far worse than what’s on offer at Purdue. In prison, there are little tiny toilets in the corners of the rooms, and you’re forced to use them in front of other people — some of whom may be vicious murderers, which I’m guessing these other Purdue students are not. In prison, one of your walls is a cage. You’re not allowed to bring the blanket that your grandma knitted for you to snuggle under to sleep at night. Also, it is my understanding that when you’re in prison you’re not allowed to just leave your room whenever you feel like it. Honestly, the fact that I even have to point out these differences is so absurd that I feel like my head is going to explode. Daring to compare these dorms to prisons is a slap in the face to anyone who is actually incarcerated.

What’s more, these communal rooms actually cost far less than the typical student housing at Purdue. Beth McCuskey, the vice provost for student life at Purdue, told BuzzFeed that the students in these rooms pay “the absolute lowest rate” that the school offers, which is about $1,200 per semester. (According to Purdue’s official website, the typical cost of housing is $6,714 per year — or more than double that cost.)

It’s also important to remember that this is just temporary housing. McCuskey told BuzzFeed that the students who are assigned to the temporary dorm rooms are typically reassigned to another room “within the first few weeks of class.” The students in the smaller communal rooms, however, might end up spending most of the semester in there.

“So basically, what we have here is a small percentage of students…who are essentially choosing to spend a few weeks living with a group of other students and enjoying the benefit of having to pay less than half of the typical cost of an on-campus room,” Timpf writes. “That’s it. That’s not prison; it’s not even a big deal.”