In the wake of the school’s racial unrest, protests and high-ranking resignations, the University of Missouri has been suffering from a ‘bloodbath’ of cratering enrollment and subsequent layoffs. But is the situation at Mizzou unique—or could it happen elsewhere?

“Mizzou is hardly unique,” writes Nathanael Blake at The Federalist. “Its problems are endemic in America’s colleges and universities.”

Writing from Columbia, Missouri, Blake claims that the “moral and intellectual emptiness at the heart of American higher education,” making colleges and universities in this country “vulnerable to domination by left-wing radicals.” That vulnerability, Blake claims, comes not from the “radicals”populati 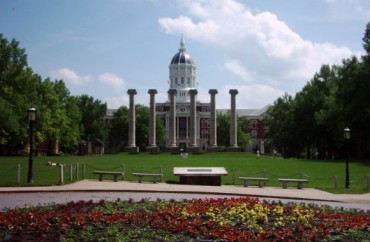 ng campus but from the fact that these institutions are “led by hollow men and women.”

The leaders of American higher ed “tend toward bland corporate progressivism,” Blake claims, and so “they want to be perceived as concerned about various social justice causes.” But according to Blake, behind the scenes these leaders are “ruthlessly exploitative,” earning enormous salaries off of high tuition rates, foisting a disproportionate share of teaching duties on underexperienced aides and underpaid adjuncts, and “squeezing as much revenue as possible out of disproportionately black amateur athletes.

“In short,” Blake writes, “for all their progressive pieties, major research universities have about as much soul as any other major corporation with progressive leanings.”

What’s the point of it all? Most American universities and colleges don’t have a coherent answer. There are, of course, exceptional institutions, departments, and professors around (including at Mizzou). And religious schools that take their religion seriously usually have a clear sense of purpose, as do highly science-focused schools. But the rest tend to have mission statements composed of corporate-speak pabulum, and a discordant mix of various purposes competing within them.

The most successful of these tasks, the advancement of scientific-technical knowledge, proceeds effectively, along with the training of scientific and technical personnel. The relevance and success of this enterprise is undisputed. It is also unintegrated with the rest of the university, or with any overarching understanding of the human goods and purposes it should serve.

Meanwhile, university leaders tend to be unconcerned about any cohesive standard or purpose for the research and teaching that takes place in the arts, social sciences, and humanities. Degree requirements often allow students to graduate with enormous gaps in their major field of study, to say nothing of the other areas they’re nominally required to survey. Graduating with, say, a B.A. in history requires learning some history and a smattering of knowledge from other subjects, but the requirements at large schools are usually loose enough to ensure no unified plan of education for the students. Go in, take some courses in the required areas, and hopefully come out educated, whatever that means.

“Just as what happened at Mizzou could have happened at any number of other schools,” Blake notes, “so too can the devastating backlash.

“Students can stop applying and enrolling. State funding can be cut. Donors can stop giving. Public opinion can turn against the value of higher education. The football team can lose fans as well as games. What will the hollow men and women who lead American higher education do then?”