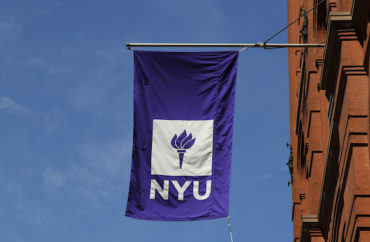 Many colleges have severely punished students for hanging out with each other in supposed violation of campus social distancing rules. Some even kicked them out for the semester while keeping their tens of thousands of dollars in tuition, strongly suggesting a bait-and-switch motivation for reopening.

Robby Soave at Reason documents the private school’s inexcusable decision to indefinitely suspend a student who neither lives nor takes classes on campus. Indeed, “Andy” is a fully online student, and never posed a COVID-19 infection threat.

It’s not even clear that the party he attended – on a rooftop in Andy’s off-campus apartment building – included NYU students who might return to campus unknowingly infected and spread it (despite the infection’s extremely low risk to students).

All he knows is that someone directed NYU administrators to a social media video of that party, in which he is identifiable:

On Sunday, August 23—a day after the party—NYU Director of Student Conduct Craig Jolley sent an email to Andy accusing him of “threatening the health and safety of the NYU Community.” By 5:00 p.m. on Monday, NYU had suspended him indefinitely: To return to campus in 2021, Andy will need to write a reflection paper and beg for readmission.

You really have to read the charges to believe them:

Following their receipt of the social media video—emailed to [email protected], the university’s hotline for reporting noncooperation—NYU administrators accused Andy of violating three separate aspects of the student code of conduct: Policy B1, which prohibits “threatening” behavior that compromises health and safety; Policy E1, which prohibits “disorderly, disruptive, or antagonizing behavior that interferes with the safety, security, health or welfare of the community”; and Policy E3, which obligates students to follow the new COVID-19 guidelines when on campus.

Typical of the campus kangaroo courts that The College Fix has covered, Andy got a “hearing” in name only: a Zoom call with less than 24 hours’ notice, where he pleaded his case – and was immediately suspended after the call ended.

His “full-tuition scholarship” is also imperiled, meaning this may be the end of his NYU career regardless of whether the school lets him return (online!) after extracting a false confession from him. He can’t afford a lawyer.

Soave calls out colleges for making what appears to be a calculated ploy for easy tuition money, by reopening and then setting rules that no ordinary person would follow:

The social gatherings are entirely unsurprising. But that’s not because students are uniquely incautious. On the contrary, students are just like the rest of us—trying to manage risk while still living life, months beyond the point where most people expected they would be able to go back to normal. (Remember “15 days to slow the spread”?) … Assuming that virtually everyone would obey orders, not just to be more careful than usual, but to live a sad and isolated existence indefinitely—perhaps that was reckless.