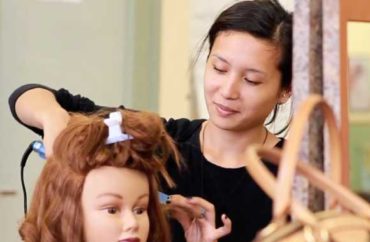 Some postsecondary education institutions, such as cosmetology schools, are funded heavily by the government despite providing poor returns to students, according to a report published July 14 by The Century Foundation, an independent think tank.

The high federal investment in a product that badly serves many students has prompted potential further regulation.

Cosmetology schools, which prepare hair stylists, makeup artists and manicurists, enrolled nearly 200,000 students and received more than $1 billion in 2018-19, according to the report.

“Students attending such programs typically borrow thousands of dollars through student loans and invest months of their time in training, only to receive near-poverty-level earnings after graduation, the report stated.

This year, the Department of Education proposed a “gainful employment” rule that may force cosmetology schools to change their practices. Under this regulation, programs’ eligibility for federal Title IV funding (referring to federal financial aid) would be tied to a metrics including the graduates’ earnings compared to similar workers with just a high school diploma, the report stated.

If the program were implemented immediately, “nearly all cosmetology programs subject to the rule (98 percent) would not meet the very low benchmark, because program graduates earn less, on average, than workers with only a high school diploma,” according to the report.

Even more, the Department of Education wants to pressure schools to reduce training requirements to receive funding, thus making them more affordable, the report stated. Currently, cosmetology grads in many states must train for more hours than the average emergency medical technician and others entering riskier professions.

The authors of the report support the proposed changes.