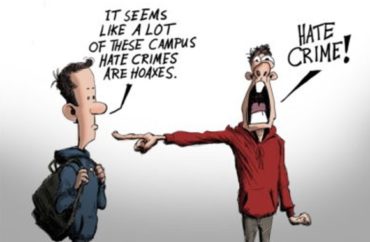 Coutts said one way is to start asking questions about the evidence. He discussed several examples, including a lesbian student who allegedly had someone call her a “dyke” in the busiest part of campus, though no witnesses or further evidence have been produced to support this claim.

Listen to the full interview.