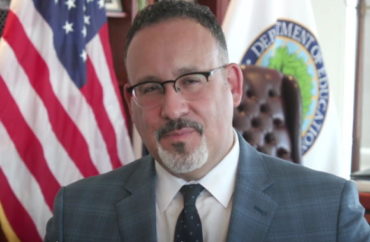 By Richie Malouf | The Center Square

Republican U.S. senators on Tuesday questioned Secretary of Education Miguel Cardona on the issue of school choice in the public education system.

In his opening statement during a hearing of a Senate appropriations subcommittee, Sen. Roy Blunt, R-Mo., emphasized the desire for parents to have options when choosing where to send their children for school.

“Coming out of the COVID-19 pandemic now more than ever, parents need to be involved. Parents want to have the flexibility, to choose the school that best meets their child’s needs,” Blunt said.

Cardona’s department has what Blunt said he considers “overreaching charter school program regulations” that act to restrict the expansion of charter schools.

“I encourage you to reconsider those regulations,” he added.

Advocates of charter schools argue that they outperform public schools.

A study released in 2019 by the Center for Research on Education Outcomes, reported that Baton Rouge students enrolled in charter schools performed better than students in traditional public schools.

Another study by CREDO released in May found similar results among students in Denver.

“Part of what works in Indiana is the money follows the child, not the building, not the district, so to speak,” Braun said. “Do you believe in that concept so that we’re putting resources to the places that have the kids there?”

“I believe we need to make sure all of our schools are well resourced, so we don’t have a system of winners and losers,” Cardona said. “I believe that we need to fund public schools so that every student that attends a public school could have a high-quality education.”