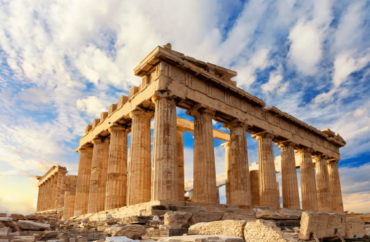 “If you want to argue that Kanye West’s lyrics are as good as Shakespeare, or Mongolian yurts are as sophisticated a form of architecture as Bauhaus, then Foucault will support you all the way. But if you want to understand why we do not have child slavery in the West, or disenfranchised women, or imprisonment without trial, or the imprisonment of newspaper editors, you simply have to study the cultural history that produced such an unusual and extraordinary situation in human history.”

It’s one point of many made by Andrew Roberts, a scholar at the Hoover Institution at Stanford University, in his lengthy piece for National Review headlined “Why We Must Teach Western Civilization.”

He criticized the trend to “decolonize” academia, and made an eloquent case for why Western Civ must be studied, warts and all:

In 1988, Jesse Jackson led Stanford students in the chant, “Hey, hey, ho, ho, Western Civ has got to go!” The protests attracted national headlines and inspired a television debate between the university’s president and William Bennett, then secretary of education. Bill King, the president of the Stanford Black Student Union, claimed at that time, “By focusing 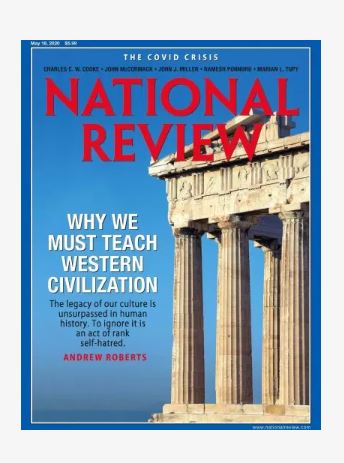 these ideas on all of us they are crushing the psyche of those others to whom Locke, Hume, and Plato are not speaking. . . . The Western culture program as it is presently structured around a core list and an outdated philosophy of the West being Greece, Europe, and Euro-America is wrong, and worse, it hurts people mentally and emotionally.” He presented no actual evidence that reading Locke, Hume, or Plato has ever hurt anyone mentally or emotionally, and that was of course decades before the snowflake generation could proclaim themselves offended by the “micro-aggression” of a raised eyebrow.

In 2016, over 300 Stanford students signed a petition requesting a ballot on the restoration of the Western Civ course. Fewer people voted for the ballot than voted to have it in the first place. In his book The Lost History of Western Civilization, Stanley Kurtz places the events at Stanford center stage for what went so badly wrong later across America, as the skewed thinking behind the deconstructionist, multiculturalist, postmodern, and intersectional movements caused so much damage to education for so long.

Kurtz reminds us that what the Western Civ courses really did was to root a people in their past and their values. The trajectory of Western culture was shown to have run from Greece via Rome to Christendom, infused by Judaic ideas and morality along the way via Jerusalem, but then detouring briefly through the Dark Ages, recovering in the Renaissance, which led to the Reformation, the Enlightenment, and thus the scientific, rational, and politically liberated culture of Europe and European America. “From Plato to NATO,” as the catchphrase went.

At the center of this transference of values across time and space was democracy, of which Winston Churchill famously said, “Many forms of government have been tried, and will be tried in this world of sin and woe. No one pretends that democracy is perfect or all-wise. Indeed, it has been said that democracy is the worst form of government, except for all those other forms that have been tried from time to time.” The generations who grew up knowing that truth, rather than weltering in guilt and self-doubt about “false consciousness” and so on, were the lucky ones, because they were allowed to study the glories of Western civilization in a way that was unembarrassed, unashamed, and not saddled with accusations of guilt in a centuries-old crime that had absolutely nothing to do with them. They could learn about the best of their civilization, and how it benefited — and continues to benefit — mankind.