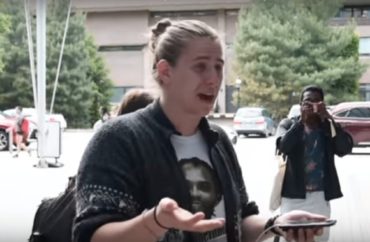 When sociologists detailed the rise of “victimhood culture” several years ago, they were vilified for triggering the people most likely to see victimization in everything.

Now researchers at American and Israeli universities claim to have identified perpetual victimhood as a “novel personality trait” that they refer to as “Tendency for Interpersonal Victimhood.”

Writing in Personality and Individual Differences, they say the trait is marked by “an enduring feeling that the self is a victim across different kinds of interpersonal relationships.” The findings “suggest that victimhood is a stable and meaningful personality tendency,” according to the article abstract.

The authors are Rahav Gabay and Arie Nadler in Tel Aviv University’s School of Psychological Sciences, Boaz Hameiri in the University of Pennsylvania’s Annenberg School for Communication and TAU’s Evens Program in Conflict Resolution and Mediation, and Tammy Rubel-Lifschitz in  the Hebrew University of Jerusalem’s Department of Sociology and Anthropology.

Robby Soave at Reason translates the academic work for the lay reader, describing the “toxic traits” of the archetype: “a pathological need for recognition, a difficulty empathizing with others, feelings of moral superiority, and, importantly, a thirst for vengeance.”

The study consisted of hundreds of subjects participating in psychological experiments, such as whether they would take “vengeance” against another participant (actually a computer) who unevenly split a pot of money between them. (Soave notes that this format is associated with “notoriously thorny replication issues,” and should be understood in that context.)

“The study distinguishes TIV from narcissism,” he continues:

Narcissistic individuals also experience moral superiority and vengeful desires, but these feelings tend to spring from the belief that their authority, capability, or grandiosity is being undermined. TIV, on the other hand, is associated with low self-esteem. And while narcissists do not want to be victimized, high-TIV individuals lash out when their victimhood is questioned.

“The self-presentation of high-TIV individuals is that of a weak victim, who has been hurt and is therefore in need of protection,” write the authors. “Threats to high-TIV individuals are related to anything that can undermine their self-image of moral superiority; or elicit doubts from their environment as to whether the offense occurred, the intensity of the offense, or their exclusivity as victims.”

It should be obvious by now that actually being a victim in some tangible way is not necessary for this personality trait to bloom.

Read the abstract and Soave’s summary.