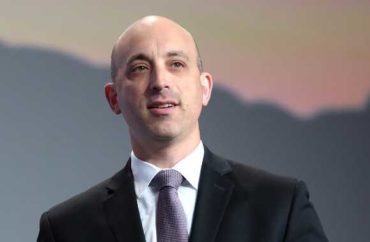 Campus progressives increasingly instigate or tolerate anti-Israel activity, and university leaders must take decisive steps to stop it as part of their diversity efforts, Jonathan Greenblatt, CEO of the Anti-Defamation League, wrote in a November 2 opinion article for Inside Higher Ed.

“A wave of anti-Israel and often antisemitic activity has made the American college campus an increasingly unsafe place for Jewish students,” Greenblatt (pictured) wrote.

“Many of these aggressors are self-identified progressives, who believe that opposition to Zionism is a prerequisite to being a part of campus life. The effect of this belief is widespread exclusion of the vast majority of young Jews who support the Jewish state and rising occurrences of outright antisemitism on campus.”

The ADL recently published a report detailing more than 350 anti-Israel incidents at American colleges and universities in the last academic year, Greenblatt wrote.

He cited several instances of prejudice in the last few months against those who support the Israeli state and recommended how universities could forestall such episodes:

In August, nine student groups at the University of California, Berkeley, voted to refuse invitations to speakers who support Israel or Zionism, effectively banning the vast majority of Jews. In September, at the University of Wisconsin at Madison, someone chalked on campus grounds: “zionism is racism” and “zionism is genocide” and that campus “Zionist” organizations have “blood on their hands,” explicitly naming Chabad and J Street. The Students for Justice in Palestine chapter on campus released a statement maintaining this was perfectly acceptable discourse.

Later that month, the Wellesley College newspaper editorial board openly endorsed the dangerously antisemitic Mapping Project, which has created an interactive map pinpointing the locations of Massachusetts institutions, many of them Jewish, it accuses of being “responsible for the colonization of Palestine or other harms such as policing, U.S, imperialism, and displacement…

​​Fixing this climate means helping students, faculty and administrators better identify and respond to antisemitism. Campus leaders, from college presidents to residential advisers, must use their positions of power to stand up for Jewish students and oppose antisemitism in all its forms.

This can start with ensuring diversity, equity and inclusion and sensitivity training sessions, now commonplace on campuses, place more of an emphasis on the nuanced challenges Jewish students face…It is also vitally important that trainings help introduce the campus community to some of the basic definitions, myths and tropes of antisemitism and anti-Zionism. Antisemitism remains deeply misunderstood, hampering efforts to fight it. Increasing understanding is the first step toward reducing hostility.

In order to make Jewish students feel welcome on campus, universities must decisively oppose antisemitism in all forms, including opposition to Israel, Greenblatt concluded.