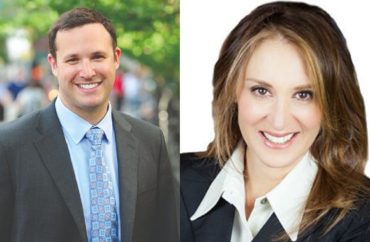 Speech restrictions and diversity, equity and inclusion trainings have created a climate of isolation on college campuses, two professors wrote in the Boston Globe on Monday.

“Students can become balkanized around identities and perceptions of power — an ‘us’ vs. ‘them’ mentality that turns potential friends into ‘allies’ or enemies and contributes to both political self-censorship and an avoidance of personal self-disclosure,” Sarah Lawrence College political science professor Samuel Abrams wrote with psychologist and John Hopkins University researcher Pamela Paresky.

The authors cited diversity trainings that tell students to worry about microaggressions, white privilege and cultural appropriation as some of the drivers of the fear and isolation on campus.

Abrams and Paresky (pictured) wrote that students should be cognization of harassment and racist language, but that the campus culture today is far too restrictive.

Slights and indignities do occur on campus, as do even blatantly racist speech and behavior — and those should be addressed. No student should ever be threatened or harassed. But orienting students toward vigilance to every potential, even minor, offense has not been demonstrated to decrease prejudice and has even been found to reinforce biases. A recent study found that rather than diminishing harm, labeling speech as harmful may worsen the perception of being harmed.

There is a better way.
“Administrators can make a lasting difference by encouraging students to be patient and understanding about missteps and mistakes; to give one another the benefit of the doubt,” the pair wrote. Students can be encouraged “to be slow to take offense and quick to forgive; to be curious about one another’s genuine views; courageous in sharing authentically; and compassionate even when students don’t understand one another’s pain.”
This can lead to solid, quality friendships, the professors wrote. “When students offer and expect more than mere ‘allyship,’ they will find that peers from different backgrounds — even those with different political opinions — can become lifelong friends.”
Read the op-ed.