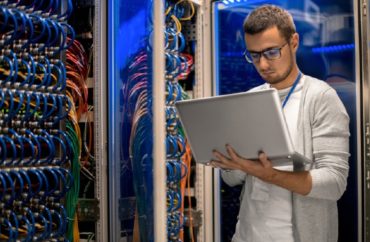 Science, technology, engineering and mathematics workers may not really be in short supply, despite the claims of politicians and business leaders, according to a political scientist.

Howard University Professor Ronil Hira, who is also a licensed engineer, questioned the persistent claim of a STEM worker shortage in a recent essay for Issues, a science and tech magazine.

Hira, a political science professor, wrote that since at least 1959, economists have tried to address the idea of a shortage of STEM workers. He argued in his essay that better data is needed and criticized the methods used to argue in favor of bringing in more foreign workers to address a perceived shortage.

“Frequently, the main stakeholder groups steering these conversations—businesses, universities, and government research agencies—benefit from the push to train and import more STEM workers,” he wrote in the latest edition of Issues.

Others, including students and workers, rarely have their interests formally represented in these discussions. So even though numerous reports, analyses, books, and news articles have carefully examined demand and supply in the STEM workforce and labor markets over the decades and found no widespread or lasting shortages, perceptions of such shortages endure.

Policy discussions on the issue of workers are clouded by faulty data, according to Hira. “Future employment projections are often wildly inaccurate and yet are regularly cited as precise predictors of the future,” he wrote. “Unemployment rates are frequently mischaracterized and misinterpreted using the wrong benchmarks.”

Furthermore, discussions often lump together “STEM” into one category, without looking at the variety of jobs that fall under that classification, he wrote.

“To move things forward, data must be used properly—with a recognition of their limits—and more careful analysis should be sought to better inform decisionmaking,” he wrote.