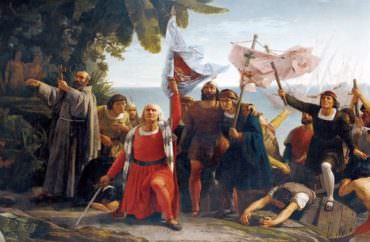 Why do students think Western imperialism is the source of all evil?

Maybe because they are not taught about all the other evils that have plagued this globe for millennia, opines Philip Carl Salzman, emeritus professor of anthropology at McGill University in Canada.

He wrote in a column in The Epoch Times that this is the problem with “postcolonial theory,” which he calls the “dominant narrative in university social sciences, humanities, and education.” Salzman writes:

But students are not taught about the expansionist ancient Chinese empire, the conquests and massive slavery of the Arab Islamic Empire, the atrocities of the Mongol Empire, the far-flung conquests of the Russian Empire, the Ottoman Empire’s genocide of the Armenians, the Soviet show trials and gulag, the Nazi Holocaust genocide, communist China’s conquests of Tibet, Turkestan, and Inner Mongolia, the mass murder of the Khmer Rouge, or the Rwandan genocide. These cannot be taught because they contradict the postcolonial narrative of the West as the great villain of history.

… students are not taught that in the Islamic Republic of Iran, virgin female prisoners are raped before being executed so that they do not go to heaven; or that the Islamic state, having murdered all of the Yazidi boys and men, gang-raped Yazidi girls and women before selling them as sex slaves; or that reports indicate widespread rape of Uighurs in communist China’s concentration camps.

… It is a fact universally acknowledged by all university professors, and is a central theme in teaching, that capitalism is an evil system that despoils the environment, exploits workers, and leads to income inequality. And that it should be replaced by the more humane, egalitarian socialism, which a strong, benign central government could implement to everyone’s benefit.

Read the full column in Epoch Times or also in Minding the Campus, where it has been republished.