Jonathan Gruber, the architect of Obamacare, is panned by conservatives for admitting in public-ish settings that the Obama administration took advantage of the “stupidity of the American voter” and exploited their “lack of economic understanding” to hide the true costs of the healthcare overhaul before its passage.

Some students also might have a beef with the MIT health economist, whose widely assigned textbook, like Obamacare itself, is ludicrously expensive.

But they might want to thank him now for confirming the hard-to-study phenomenon of “defensive medicine.” 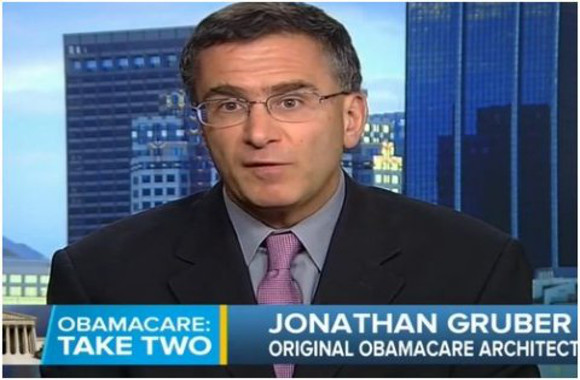 They found a control group of medical patients who aren’t allowed to sue doctors and hospitals, letting them see how physicians behave when they can’t be sued.

When military members were forced to visit civilian hospitals because of base closures, “[s]pending on their health care increased, particularly on extra diagnostic tests,” The New York Times reports.

The family members of military personnel, who are not barred by federal law from suing in the military healthcare system, also “tended to get more tests than those who could not” sue, showing that their doctors responded to the liability risk.

It’s not an enormous increase in unnecessary care – about a 5 percent increase in the “intensity of health care that patients received” – but those patients who received extra care were “no better off” than those who didn’t:

“They did a nice job of finding a population of patients who are being treated by doctors who didn’t have any liability,” said Mark McClellan, the director of the Duke-Margolis Center for Health Policy. Dr. McClellan was a top health official in the George W. Bush administration, which pushed for national liability caps. …

“It suggests that physicians change their behavior in response to liability considerations, but they don’t do it in a very calibrated way,” said Michelle Mello, a professor of law and health policy at Stanford, who has studied medical malpractice. “They tend to make a lot of changes that don’t result in better patient care.”

Read the Times report and the working paper in the National Bureau of Economic Research.