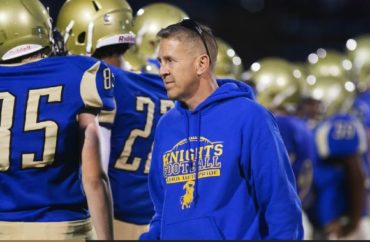 By Dan McCaleb | The Center Square

A Washington state football coach was improperly fired for praying on the field after games, the U.S. Supreme Court ruled Monday, an action it said was a free speech violation.

Coach Joseph Kennedy began praying at the 50-yard line at the end of his football games in the fall of 2008, as The Center Square previously reported. Several students joined Kennedy, and the post-game prayer became a tradition until the fall of 2015, when Bremerton School District (BSD) launched an investigation into the practice after a parent complained. The school eventually fired him.

“Here, a government entity sought to punish an individual for engaging in a brief, quiet, personal religious observance doubly protected by the Free Exercise and Free Speech Clauses of the First Amendment,” Justice Neil Gorsuch wrote for the majority in the 6-3 decision. “And the only meaningful justification the government offered for its reprisal rested on a mistaken view that it had a duty to ferret out and suppress.”

Initially, the school asked the coach to stop praying, and he complied. He later asked for a religious accommodation and then prayed again after a game in October of that same year. Immediately, the school district banned Kennedy from doing any “demonstrative religious activity” that is “readily observable to … students and the attending public.”

“Official-led prayer strikes at the core of our constitutional protections for the religious liberty of students and their parents,” Sotomayor wrote.

“Religious liberty is one of the founding principles of our great country. I am reminded of my high school coach, who taught us the value of teamwork, discipline, and perseverance,” Landry said in a statement. “And on his team, prayer was an integral part of that mission. We must continue to fight for the freedoms we enjoy, and as attorney general, I will continue to stand up for our religious liberties. We must never forget that we are one nation, under God.”