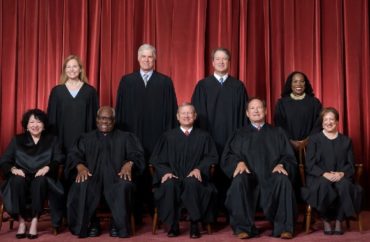 By Tom Gantert | The Center Square

The United States Supreme Court said Thursday it would take on a challenge to President Joe Biden’s plan to erase billions of dollars in student debt.

The Supreme Court said it would take on the case in February 2023.

The U.S. Court of Appeals for the Eight Circuit granted an injunction pending appeal on the lawsuit filed by Nebraska, Missouri, Arkansas, Iowa, Kansas and South Carolina trying to stop Biden’s plan to forgive student debt. The plan would be eligible for up to 43 million borrowers, with 27 million borrowers eligible to receive up to $20,000 in relief, according to the White House.

Reaction to the Supreme Court’s involvement varied on Twitter.

“Our lawsuit against the Biden Administration’s illegal student loan debt forgiveness plan, which would saddle Americans who didn’t take out loans or already paid theirs off with more economic woes, will be heard at SCOTUS,” said Eric Schmitt, Missouri’s attorney general.

“We must cancel student debt,” the NAACP tweeted after the Supreme Court’s announcement. “Now, it is up to SCOTUS to grant borrower the greater opportunity for upward mobility that is so often out of reach for those burdened with student debt.”