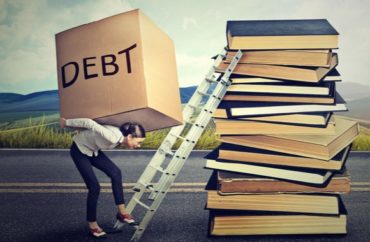 In a competition between two of the major flashpoints of the 2020 election—mounting student debt and spiraling medical costs—a surprising number Americans prefer a solution to the former.

Forty percent of respondents—two out of every five American adults—said that they would prefer “outstanding student loan debt be completely forgiven.” Sixty percent, meanwhile, responded that the government should institute “free health care for all.”

LendEDU estimates that the responses in favor of health care were due to the much higher costs associated with that phenomenon over the average lifespan:

While the complete cancellation of this nation’s $1.61 trillion in outstanding student loan debt would presumably cost somewhere around that figure, the estimated price of free universal health care would likely fall somewhere between $25 trillion and $36 trillion over 10 years according to various plans from think-tanks and economists.

Perhaps, like most things, the answer lies in the pockets of Americans. While recent student loan borrowers owe $28,565 in student loan debt, the costs of health care over a lifetime will usually far exceed that.

LendEDU said the survey was conducted with American adults who had “some amount of student loan debt.”