The Supreme Court’s decision to uphold President Donald Trump’s “travel ban” is a cause for concern in American higher education, which is dealing with declining enrollment in foreign students.

When the travel ban was initially announced after President Trump’s inauguration, the #YouAreWelcomeHere social media movement sprung up as a response. The movement was intended to combat the perceived impacts of the ban on discouraging international students from applying to schools in the United States. 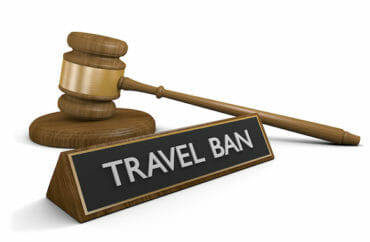 Foreign enrollment rates declined in 2017. Approximately half of U.S. colleges reported a decline, the Chronicle of Higher Education reports. Another survey found that almost three-quarters of Chinese parents were less interested in sending their students to study in America.

Kenneth Reade, the director of international student and international scholar services at UMass Amherst, told the Chronicle that the optics of the court’s decision “escalates peoples’ apprehensions.”

Another admissions officer said that the decision was “symbolic” and “psychological” in its impact.

Peter McPherson, president of the Association of Public & Land-Grant Universities said that public universities “remain deeply concerned about this misguided travel ban and the message it sends to all international students and scholars…”

Prior to the court’s decision, universities were already beginning to take concrete steps to attract foreign students. Temple University recently announced it would be offering the #YouAreWelcomeHere scholarship. The scholarship application requires the submission of an essay or video from a first year international student “describing how they will help further cross-cultural education.”

Temple administrators blamed “the election of Donald Trump and racism,” among other concerns, for the decrease in enrollment.

According to the #YouAreWelcomeHere website, Temple is joining with eight other schools in offering the scholarship.