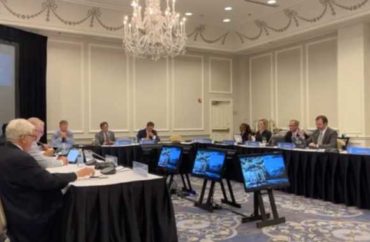 The University of North Carolina Board of Trustees unanimously adopted a resolution in favor of academic freedom and campus freedom of speech following a review of new student survey, The Carolina Journal reported August 3. The resolution is in the agenda document.

“University of North Carolina at Chapel Hill’s Tenure Policy affirms this commitment [to freedom of inquiry by faculty] by acknowledging that ‘it is the policy of the University to maintain and encourage full freedom, within the law, of inquiry, discourse, teaching, research, and publication and to protect any member of the faculty against influences, from within or without the University, which would restrict the faculty member in the exercise of these freedoms in his or her area of scholarly interest,'” the resolution stated.

The resolution also committed the university to the Chicago Principles on free speech and the University of Chicago Kalven Committee Report on the University’s Role in Political and Social Action, which “recognizes that the neutrality of the University on social and political issues ‘arises out of respect for free inquiry and the obligation to cherish a diversity of viewpoints.'”

The principles also affirm “‘a heavy presumption against the university taking collective action or expressing opinions on the political and social issues of the day,'” according to the statement.

“Our universities, particularly, should be the place where we most expect the freedom to challenge the status quo, both in society and amongst the folks in the institution itself,” Trustees Vice Chair John Preyer said during the July 27 taped meeting (pictured), which was posted to YouTube August 4 by The James G. Martin Center for Academic Renewal.

“We should expect this to be a place where we are encouraged to understand and articulate positions other than our own in a fair and honest manner,” Preyer said.

The meeting vote followed a presentation on a new survey from UNC faculty on how comfortable conservative, moderate and liberal students are in expressing their views on campus, according to The Richmond Observer.

Liberal students felt the most comfortable sharing their view, but a greater share of conservatives felt “uncomfortable giving honest opinions in class” on issues including race, police, and immigration, the Carolina Journal reported.

However, the survey also found that “students across the political spectrum want more opportunities to engage with those who think differently.”

“We talk a lot about diversity, equity, and inclusion,” Board of Trustees member Marty Kotis stated during meeting. “Diversity also means diversity of opinions and freedom to explore thoughts. I just feel like we could say it’s the most critical issue going on right now. And it certainly is among conservative families out there when they’re deciding where to send their children.”