The quest for increased viewpoint diversity is ongoing in American higher education. And as Samuel Abrams, professor of politics at Sarah Lawrence College and an American Enterprise Institute scholar writes, it’s not as simple as over-generalizing that academics and administrators are overwhelmingly liberal.

Instead, he argues that viewpoint diversity is more dependent on geographical diversity in an article for Spectator USA. 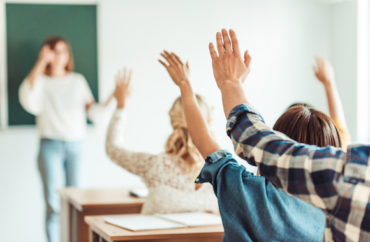 “America’s institutions of higher education are deeply embedded in and influenced by the local communities where they are spatially situated,” he writes. “Thus, college administrators are not as uniformly left-wing in those areas that have surrounding Republican majorities.”

Abrams takes issue with current research being done on viewpoint diversity in higher education. “In essence, the current research does not account for the roughly 5,300 colleges and universities in the United States that are dispersed nationally and fails to truly consider the geographic diversity of in the country,” he claims.

Abrams fielded a nationwide survey of 900 colleges, and found that ideological diversity was oftentimes correlated to geographic diversity.

He found that the situation is not as dire as some may have feared:

Third and most importantly, in those districts that are solidly Republican, 59 percent of the higher education administrators are liberal identifiers, 32 percent identify as moderate, and 9 percent are conservative. Although conservatives are still in the minority and liberal identifiers are the majority, there is a sizable number in the middle and the liberal-conservative ratio is 6.5:1; not a complete liberal monoculture. In contrast, 75 percent of administrators who work in schools located in Democratic districts are liberal and only 3 percent of the administrative pool identifies as conservative making for a liberal: conservative ratio of 25:1 and here is where real viewpoint diversity is more likely to be diminished as there are far fewer in the middle.

Simply put, local geography matters for the liberal dominance present in places like Sarah Lawrence and UC-Santa Cruz is less extreme for schools that can be found Republican Congressional districts. Of course, exceptions exist like Oberlin College which is in Ohio’s staunchly red 4th district, but the general trend is that greater ideological balance is present in campuses that are situated in conservative locales and ample numbers of schools operate in conservative districts though they may be less elite.

These findings should provide comfort to those concerned about the domination of liberal orthodoxy on campus. But perhaps students should consider the political makeup of a school’s location if they want exposure to a wide variety of ideas in school.