Deborah MacLatchy has been trying to walk a tightrope ever since her university was exposed for investigating a graduate student who showed a Jordan Peterson clip in class.

But the president of Canada’s Wilfrid Laurier University (below) hasn’t found a good balance yet, and she’s still elevating the dogma of social justice over truth, according to one of her own professors.

In the National Post Monday, William McNally wrote a response to MacLatchy’s op-ed in The Globe and Mail two weeks earlier.

The president’s repeated call for “better speech” at Laurier and other universities makes finance professor McNally wonder “who gets to judge what qualifies as ‘better’ speech?”

Laurier’s version of “better speech” seems to be indulging the heckler’s veto of protesters, he says:

In order to determine what is “better” or “worse” we need to exchange ideas freely, not avoid subjects because they are perceived to be disempowering and to disrespect the dignity of oppressed identities. …

She warns that we must combat language that threatens the humanity of the students. This is a variation on the empirically false claim that speech can deny an identity, that speech is violence. In the wake of a free speech demonstration, many at Laurier argued that the campus was unsafe due to the ideas being discussed. The administration announced its commitment to campus safety.

This is nonsense. Violence is action. To redefine language as violence is a political ploy intended to give the alleged victims control of speech. To concede this argument is to concede truth in favour of a radical leftist ideology. 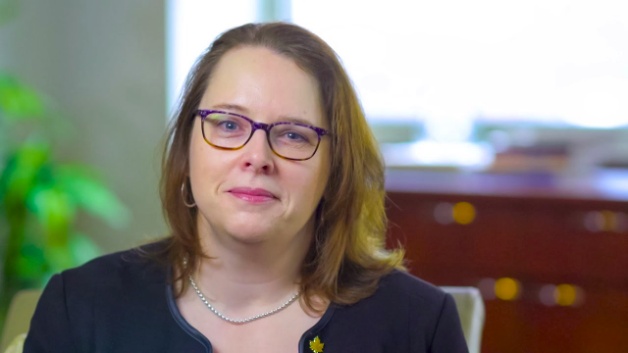 McNally also describes MacLatchy’s call for “inclusive freedom” as an “unworkable contradiction” because it equates disagreement and offense with “exclusion,” as happened when student Lindsay Shepherd showed the Peterson clip to her undergraduates.

It’s also hypocritical considering that Laurier is an “active and biased censor” when it comes to student expressions that question political correctness, he says.

McNally notes that its new policy on security fees functionally punishes “conservative and libertarian viewpoints” because they draw hostile and threatening reactions from leftists.

He also faulted MacLatchy for financing and advertising its own event to draw away interest from a student event with a outside professor, whose subject was “Does University Indigenization Threaten Open Inquiry?”

The better universitywide subject at Laurier, according to MacLatchy, is whether social justice should replace truth.