Francis Fukuyama became an “overnight intellectual sensation” nearly 30 years ago when he declared “the end of history” in a policy essay, but the Stanford University political science professor believes part of his argument has long been overlooked.

He predicted that identity politics would threaten the peaceful liberal order because people won’t be satisfied with peace and prosperity, and instead will insist on societal “recognition” of their identities.

In a wide-ranging interview with The Chronicle of Higher Education, Fukuyama (below) talks about his new book Identity: The Demand for Dignity and the Politics of Resentment and how he views campus controversies in driving identity politics. 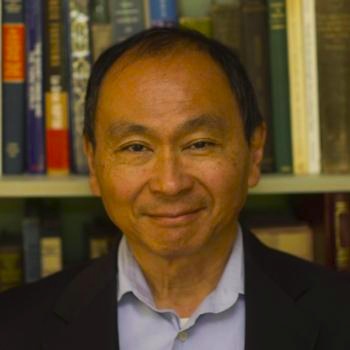 He’s critical of how earlier “social movements” to acknowledge blacks, women, LGBT people and other so-called marginalized groups have morphed into a narrow view of how “we interpret injustice and how we try to solve it, which tends to fragment society.”

While Fukuyama sets up a straw man to claim that “friends of mine” tell him “there is no freedom of speech left in universities,” he acknowledges that the campus climate “sets the tone for a lot of other elite institutions,” and it started in the 1960s:

People felt unfulfilled. They felt they had these true selves that weren’t being recognized. In the absence of a common cultural framework previously set by religion, people were at a loss. Psychology and psychiatry stepped into that breach. In the medical profession, treating mental health has a therapeutic mission, and it became legitimate to say the objective of society ought to be improving people’s sense of self-esteem.

This became part of the mission of universities, which made it difficult to set educational criteria as opposed to therapeutic criteria aimed at making students feel good about themselves. …

Instead of saying we want to read authors that are outside the [Western] canon because they’re important educationally and historically and culturally, the way it’s framed by that student leader [in Stanford’s Black Student Union in the late 1980s] is that the exclusion of those authors hurts people’s self-esteem: Because my people are not equally represented, I feel less good about myself. That is part of the motive that drives administrators and professors to expand the curriculum, to fulfill an understandably therapeutic mission.

This interferes with the educational mission of universities, Fukuyama says: “What makes students feel good about themselves is not necessarily what’s most useful to their education.”

He won’t go so far as to say identity politics threatens free speech, calling himself “ambivalent” based on the overall experience of libertarian scholar Charles Murray in his campus speaking gigs:

Charles Murray spoke at Stanford this winter. I was his interlocutor. We had a protest, but he got to say what he wanted to say. People listened. Charles Murray told me he’s been speaking all over the country, and that the Middlebury incident, while a bad one, wasn’t representative of the way he’s been received on campuses. …

A lot of topics are difficult to talk about on campus, but I wouldn’t say we have a general crisis of free speech. We still can debate a lot of issues.

He’s concerned that there are too few conservatives in academia in the sense of “thinkers who have different ideas and are not simply ideologues.”

His own academic experience as a thinker “aligned with the neoconservatives” in the 1980s and 1990s was different than similar thinkers because he taught at policy schools, which are a “bit more tolerant” than “certain humanities departments.”

Perhaps his biggest critique of how universities are run today is that they are too focused on being “global,” and he singles out Stanford:

If you read through all the things Stanford thinks it’s doing, it’s global this and global that. We’re preparing students to be global leaders. It’s very hard to find any dedication to a mission of promoting constitutional government, rule of law, democratic equality, in our own country. I’m not saying every student should take an American-government class — that’s not going to work for a lot of reasons. But universities need to better prepare future leaders in our own country.