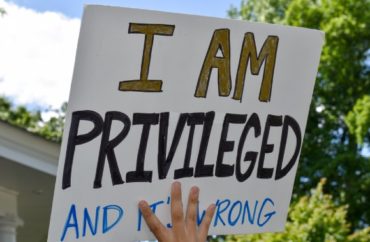 A professor at Singapore Management University said that white privilege is a “dangerous myth.”

The idea of white privilege “is an attempt to delegitimize tradition and culture.”

Writing at Chronicles, McDonough said that people can be privileged because their parents accumulated wealth, gained prestigious positions or encouraged higher education.

McDonough gives an example of the privilege Vice President Kamala Harris had growing up — and how society should encourage it.

He does not begrudge Harris or her parents — instead he wants liberals to think about how critiquing privilege is harmful.

“My argument is not, however, that Harris’s massive unearned privilege makes her accomplishments unjust,” eh said. “Quite the contrary. Cultivating this kind of privilege is a necessary ingredient in the production of successful people and, therefore, successful societies.”