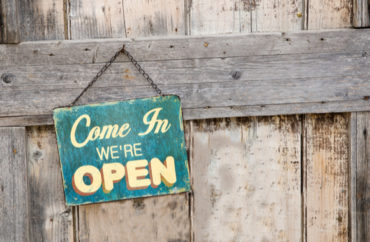 ‘Higher education will crumble’ if it isn’t done

A month ago, as college campuses nationwide were shuttering while the coronavirus pandemic ramped up, nobody knew when schools would re-open—if it would be in a month, over the summer, into the fall semester or beyond.

As the pandemic has continued to grow, some public officials (and more than a few campus administrators) have suggested that schools might not re-open come the fall 2020 semester. But to do so would be “catastrophic,” argues Christina Paxson in The New York Times.

Paxson, the president of Brown University as well as a professor of economics and public policy there, notes that though “the toll of this pandemic is high and will continue to rise…another crisis looms for students, higher education and the economy if colleges and universities cannot reopen their campuses in the fall.”

[S]tudents face financial, practical and psychological barriers as they try to learn remotely. This is especially true for lower-income students who may not have reliable internet access or private spaces in which to study. If they can’t come back to campus, some students may choose — or be forced by circumstances — to forgo starting college or delay completing their degrees.

Shuttering campuses in favor of an online education model, she writes, would turn higher education’s funding model completely on its head:

This loss, only a part of which might be recouped through online courses, would be catastrophic, especially for the many institutions that were in precarious financial positions before the pandemic. It’s not a question of whether institutions will be forced to permanently close, it’s how many.

Noting higher ed’s integration with, and direct benefits to, the larger economy, Paxson argues that schools should implement widespread testing, forcible isolation policies, and other “evidence-based public health protocols” to support a return to campus life.

“These plans must be based on the reality that there will be upticks or resurgences in infection until a vaccine is developed, even after we succeed in flattening the curve. We can’t simply send students home and shift to remote learning every time this happens,” she argues.