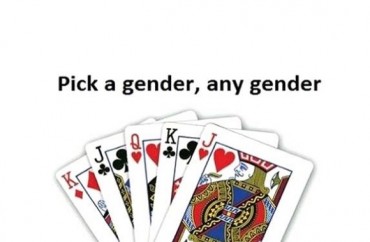 Questions about gender identity and sexual orientation have been added to admissions applications used by the University of California system, including no less than six choices for students when checking off their “gender identity.”

One new question posed to those seeking admittance to the system – which educates 233,000 students enrolled in 10 campuses statewide – is “How do you describe yourself? (Mark one answer).”

The application also asks “what sex were you assigned at birth, such as on an original birth certificate?” and the two choices are: male or female.

The questions are voluntary and responses to the questions will not impact admissions decisions, Shelly Meron, a spokesperson for the UC Office of the President, told The College Fix via email.

The questions were added in response to legislation passed in 2011 that requested the system provide students, faculty and staff an opportunity to report their sexual orientation, gender identity and gender expression on forms used to collect demographic data, Meron stated.

Another question added to the application this year asks students’ sexual orientation, and offers “heterosexual or straight,” “gay or lesbian,” or a fill in the blank category.

“Allowing the LGBT community to self-identify also supports the university’s priority of creating an inclusive and welcoming campus environment,” Meron stated in an email to The Fix. “Responses will also provide UC campuses with data that will help us better understand and meet the diverse needs of our students.”

These changes underscore additional modifications made recently to accommodate LGBTQ students and faculty.

“In 2014, UC began adjusting its student record systems to allow students to indicate a preferred name to appear on campus records along with their legal name. And many campuses have already begun converting single-stall restrooms into gender-neutral facilities in existing buildings, where practicable,” according to UCR Today.

“In addition, the university is initiating a two-year project designed to coordinate and promote interdisciplinary study of genders and sexualities across the UC system,” UCR Today added.

“The project will include convening UC stakeholders to identify ways to advance student learning about LGBT issues, and conclude with a systemwide symposium that will showcase research from students and faculty in the field of genders and sexualities.”

As for the application changes, student opinion on the issue is divided, with some students happy to see the amendments and others skeptical of the university’s intentions.

Shannon Frick, a senior aerospace engineering student at the University of California San Diego, told The College Fix in an email that “I think that putting it on there might actually open it up to claims of discrimination.”

He also said he believes in a merit system, and he questioned how adding the question to the application could preserve such a system.

On the flipside, 2015 UCLA graduate and political science major Tyler Kroteskey told The College Fix, “Provided it is used for research purposes as opposed to influencing admissions decisions, I see the move to allow UC applicants to voluntarily list their gender and sexual orientation as a positive step.”

He went on to say that the demographic data could help the campuses better provide resources to students.

Among solutions that could be proffered to “meet the diverse needs of students” are more “gender neutral” bathrooms. For example, the UC Berkeley “Bathroom Brigade” contends it is inconvenient for some students to use the restroom because only a third of Berkeley buildings have gender neutral restrooms.

There is a small but growing minority of colleges that have a sexual orientation question on their application.

The college to start the trend, Elmhurst College in Illinois, began listing a sexual orientation question in 2011. Since then, MIT, Boston University, University of Pennsylvania, and several others have hopped on the band wagon. This year Duke University and all UC campuses followed suit.