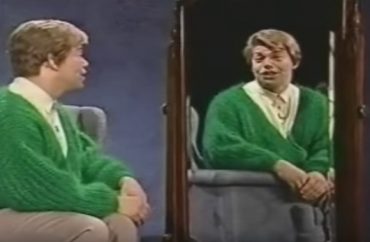 Based on a brainchild of one its students, Laguna Hills High School officials had the mirrors taken out of the school’s girls’ bathrooms … and replaced with notes of “affirmation.”

The notes include little sayings such as “You are important” and “You are loved.”

Sabrina Astle, a member of the school “Kindness Club,” said she came up with the idea because she wanted to “make a difference.”

“I felt that this would be a good time to hang the signs. I put the signs in the bathroom the night before so students would see them throughout the next day,” she said.

Chelsea Maxwell, the school’s activities director, told ABC News, “[Sabrina] made it her goal for the semester to spread positive messages around campus.”

Even though the signs were planned for the What if … Week, reaction has been very positive, Maxwell said, and there are no immediate plans to take them down.

“It made their day,” Sabrina said of other students.

“I didn’t think I was doing anything that would impact anyone,” she said. “I thought it may brighten their day or lift their confidence before their next class, but I didn’t think it would make this large of an impact.”

The New York Daily News notes the story was picked up by a feminist Facebook group and soon went viral.

“I walked into the girls bathroom at a local high school over the weekend and was so amazed and over joyed at what I saw. No mirrors just affirmations!” wrote Facebook user Shannen McKinney Lob.