‘Test blind’ is the UC’s name for new reform

The Board of Regents at the University of California system voted on May 21 to make all of their schools “test blind” for the 2023-24 school year, and to not use the SAT or ACT standardized tests after that.

The UC website reported this suspension will “allow the University to create a new test that better aligns with the content the University expects students to have mastered for college readiness. However, if a new test does not meet specified criteria in time for fall 2025 admission, UC will eliminate the standardized testing requirement for California students.”

The UC system had been one of many college systems in the country that went temporarily “test optional” in response to the COVID-19 pandemic. Whether or not standardized tests come back at those other schools is currently up for grabs.

Long seen as a metric for academic success and aptitude, standardized testing has come under increased scrutiny in recent years by some educators and activists. The worldwide pandemic at least temporarily tipped things in their favor.

The anti-ACT/SAT group FairTest sent out a news release in early May announcing, “The number of accredited, bachelor-degree granting colleges and universities that will not require current high school juniors applying for fall 2022 admission to submit test scores has topped 1,400 schools. That’s more than 60% of the 2,330 undergraduate institutions in the United States.”

“Last year’s sharp spike of admissions exam suspensions was not a one-time phenomenon. Schools that waived ACT/SAT score requirements during the pandemic generally saw more applicants, better academically qualified academics, and more diversity of all sorts. Now, most are extending those policies for at least another year,” he said in the news release.

The usefulness of tests

But whether or not many more schools will follow the UC example remains to be seen, and is complicated by the fact that the UC regents went against the recommendation of a task force assembled by the Academic Senate of the UC to go test blind.

The stated reasoning behind that was the SAT/ACT’s diagnostic effectiveness. The task force “found that standardized test scores aid in predicting important aspects of student success, including undergraduate grade point average, retention, and completion.”

Moreover, the UC task force found that the tests had actually become better over time at predicting these things than other data from California high schools, because of such things as “grade inflation.”

“For every point increase in SAT, there was 0.3% increase in retention,” Rohr reported in the Journal of College Student Retention.

More recently, a researcher looked at what happens to schools when you remove the tests, and discovered less than impressive results.

In a study of nearly 100 test optional schools published in April in the American Educational Research Journal, Vanderbilt education policy PhD candidate Christopher Bennett reported, “I do not find clear overall evidence of an increase in applications, though there may have been a short-term rise during the first few years of the policy.”

There’s an additional wrinkle that may affect graduation rates and future earnings of students who are now able to get into schools they would have considered a “reach” in the past.

Different colleges and universities have different levels of difficulty. Struggling students often downshift their majors from more highly remunerative STEM degrees to easier subject matter, which can have life-long effects.

“Admitting students with lower SAT scores to fulfill diversity quotas may prevent those students from achieving their academic and career goals—something they might have done at a lower-tier school,” wrote James Piereson and Naomi Schaefer Riley in a column for City Journal.

“At the most elite schools, the likelihood is that students who didn’t perform as well as their peers on the SATs will simply be shunted into easier but less remunerative majors. For schools farther down on the academic ladder, these efforts could mean lower overall graduation rates,” Piereson and Riley argued.

Back to the test

Even with the recent shift against standardized testing at some schools, the debate is far from over. Witness what happened in Georgia’s counterpart to the UC system, the University System of Georgia. The Georgia board of regents voted in May to make “test optional” into a one-year-only experiment.

Most of those prospective students who apply next spring to Georgia public universities must submit either ACT or SAT test results.

The prospect of a return to testing normalcy appeared to anger FairTest’s Schaeffer.

“The politically appointed University System of Georgia Board of Regents, most of whom are not educators, are bucking a strong national trend by refusing to extend ACT/SAT optional policies for at least another year,” he told the Atlanta Journal-Constitution. 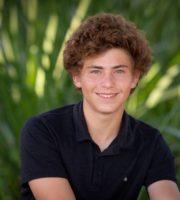