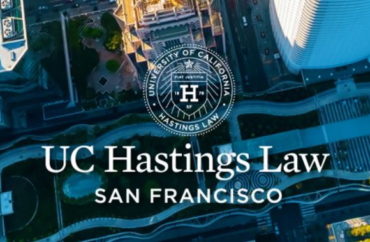 Leaders of UC Hastings College of the Law recently voted to remove the name of its founder, citing his links to the killings of Native Americans in the 1850s.

The law school, the oldest in California, was founded in 1878 by Serranus Clinton Hastings, who board leaders say “perpetrated genocidal acts against Native Californians.”

“It is time to change the name of the law school,” prominent alumnus Joseph Cotchett told The College Fix in an interview.

“…I clearly think, and I’ve talked to many many alumni, both judges and lawyers, that are absolutely delighted that we are changing the name,” he said. “Because look, we’re living in a time now when you can’t recognize and promote someone that did the atrocities that were done.”

In a news release announcing the decision, made Nov. 2, Hastings administrators said that because the name is written into state law, a change will require legislation. 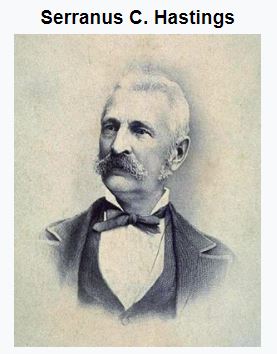 “UC Hastings has collaborated with the Yuki People and members of other affected tribes for the last four years in pursuit of restorative justice,” said Carl Robertson, chair of the Board of Directors.

“The goal of our collaborations with the tribes is to bring the educational resources of the College to help address the generational trauma inflicted by Serranus Hastings.”

The controversy over the name began in July 2017, when the San Francisco Chronicle published a column titled “The moral case for renaming Hastings College of Law.”

The piece alleged that Hastings had incited a massacre of a native tribe called the Yuki in 1859. It prompted an investigation into Hastings’ life and dealings.

Hastings, a Democrat, was a one-term member of the U.S. House of Representatives for Iowa, where he was also chief justice of the state’s highest court, the college reports. In California, drawn by the Gold Rush, he was appointed as the first Chief Justice of the California Supreme Court. Following his time on the bench, he was elected as the state’s third attorney general.

On September 11, 2020, School Dean David Faigman released the findings of the investigation in Hastings to the UC Hastings Board of Directors.

Faigman recommended that the school’s name not be changed, writing “What would removing the Hastings name accomplish?”

As noted, since the school is not actually associated with the historical man, removing his name would have no effect on the reputation of the school, beyond creating substantial ambiguity regarding the who, what, and where of the school formerly known as Hastings. It would, perhaps, allow the school to “move on,” in that whatever future name selected would permit us to put distance between the school and the acts of its founder.

Erasing the name Hastings today, however, does not erase what the man did in his day. More importantly, it is not obvious that separating the school from this history is the right thing to do in any case. Only by remembering the past, and learning from it, can we move forward into a more enlightened and compassionate future. Although we should not honor his memory, Serranus Hastings nonetheless stands as a historical lesson for our time.

Dean Faigman did not respond to requests from The College Fix seeking comment.

Calls for the school’s name to be changed continued into 2021, and were ultimately successful.

Cotchett, who is a key donor to the law school, was described by news reports as a major influence on the decision to remove the name. Cotchett has reportedly donated $10 million to UC Hastings. Roughly half of his donation helped establish the school’s “Cotchett Law Center.” Cotchett stated that he would remove his name from the building if Hastings’ remained.

In his interview with The College Fix, Cotchett said that “when all the details came out about the genocide — up until that time, we had really not known that much about it.”

“I was on the board in the late ’90s and, to be honest with you, there was always some talk about Serranus Hastings and his work, but we didn’t know the details,” he said, explaining that people were fine with keeping the name as is because they were unaware of his background.

But, he added, stories of genocide kept piling up.

“From there on we just said, ‘this is crazy’ as more details came out,” he told The Fix. “…It finally prevailed upon everybody that when the details came out about the genocide of the Indians — you just can’t keep a name on the school like that.”

Hastings has not yet released its proposal for the school’s new name. 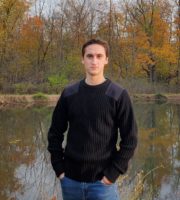