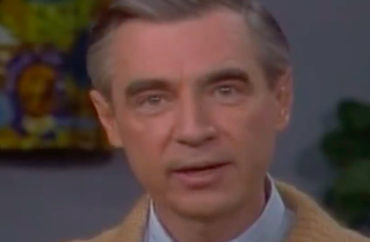 Event is part of ‘Masculinities Month’

A workshop being offered by a campus women’s center has an interesting take on Mr. Rogers.

Every year, the Emily Taylor Center for Women & Gender Equity at the University of Kansas offers students a month of feminist-centric “masculinities” programming. Events in the past have include workshops, keynote addresses, and “zine” workshops, where participants crafted miniature magazines.

This year, students will be treated to a similar variety of events, including more zine workshops as well as several symposiums discussing episodes of the British anthology show Black Mirror.

One workshop in particular will focus on Fred Rogers, the eponymous star of “Mr. Rogers’ Neighborhood.”

The event, called “Doc & Discuss: It’s You I Like,” will view a recent documentary focusing on Rogers’ work on that television show, with an interesting discussion to follow.

“Following the film, we will discuss the ways that Fred Rogers promoted and modeled counter-hegemonic masculinity through his landmark children’s television program,” the event’s Facebook page states.