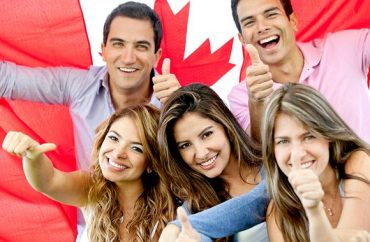 ‘All your [America’s] problems migrate north’

When Tomasz Kmiec needed ideas for making Canadian college campuses a friendlier place for free speech, he didn’t stay at home in Alberta.

The member of Parliament flew across North America to network and look for solutions to the issue at Students for Liberty’s LibertyCon in Washington, D.C., earlier this month.

As the 36-year-old deputy shadow minister for finance for the “official opposition,” Kmiec is helping Conservative Party Leader Andrew Scheer campaign on a campus free-speech platform to take back the government from Prime Minister Justin Trudeau’s Liberals.

“All your [America’s] problems migrate north,” but the battle for freedom of expression in Canada is often overlooked, Kmiec told The College Fix in a phone interview.

Attacks on campus free speech and academic freedom are roiling America’s northern neighbor, but there are no events for conservative students in Canada like LibertyCon and the Conservative Political Action Conference, according to the Polish-born Kmiec.

The issue reached a catalyst last fall when Lindsay Shepherd, a graduate student at Wilfrid Laurier University, showed a TVOntario video to her undergraduates where University of Toronto psychologist Jordan Peterson debated the use of gender-neutral pronouns.

While Shepherd was initially reprimanded by her superiors and investigated for potentially violating both campus rules and Canadian law, the university eventually cleared her and apologized.

Academic freedom and free speech remain at the forefront at institutions of higher education in Canada, with a professor at a different university now under investigation for his classroom content. 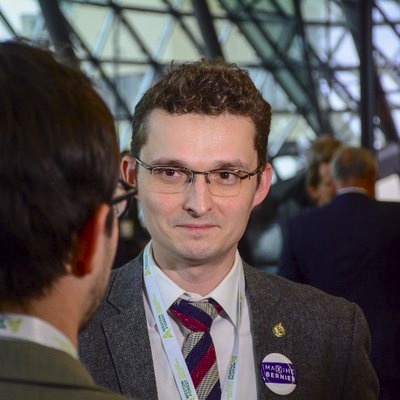 The issues faced by Canadian students are the same ones plaguing higher education in the United States, Kmiec (left) told The Fix.

Conservative clubs face discrimination when trying to form, administrations prevent conservative speakers from coming to campuses, and groups who do get permission to bring speakers to campus face high security bills, among other issues, he said.

Kmiec portrayed Canadian students as generally keeping to themselves on controversial issues and tolerating opposing viewpoints. They are afraid of being accused of bigotry if they express the wrong idea or don’t denounce it, and ending up in situations like that faced by Shepherd, who didn’t take a position on gender-neutral pronouns.

This self-censorship goes beyond stereotypical Canadian politeness, he said: The result is a vocal minority that is social media-savvy and ends up getting all the coverage in media outlets.

WLU president vindicates Lindsay Shepherd. A win for free speech and rational debate on university campuses. I hope this starts a pushback against mounting acceptance of intimidation and violence on campus as substitute for open + free debate. https://t.co/eSVJaj0D5B

Defend speech or lose your funding

Scheer used the campus speech issue to campaign for the position of party leader for the Conservatives.

Kmiec told The Fix that this part of Scheer’s agenda convinced him to vote for the 38-year-old as party leader to take on Trudeau’s Liberals, who pay lip service to academic freedom and free speech but don’t make it a priority in Parliament.

The Conservative leader didn’t pull any punches in a campaign email that Kmiec shared with The Fix. Scheer wrote that as prime minister he would make “federal grant funding to universities dependent on their defence of free speech”:

The radical left hates free speech. They hate our conservative message and values.

That’s why they want to do all they can to limit free speech.

It is at its worst on our university campuses. Extreme groups try to prevent conservatives from speaking on campus. Professors like Jordan Peterson are attacked and pro-life student clubs are shut down or denied status. That’s not even touching on all the discrimination against Jewish and pro-Israel causes.

Too often University administrators wash their hands of it and do nothing to stop this egregious attack on free speech. They sit back while conservatives are silenced or discriminated against.

Under Scheer’s platform, administrators would also have to devise plans “to ensure that radical groups do not shut down events or speeches.”

Withholding funding for failure to “respect a diversity of viewpoints,” as Scheer put it in another email, is a potent threat because Canada’s government “gives a lot of money to post-secondary schools,” Kmiec said.

Why do you always want to sue?

The MP for Calgary Shepard came to LibertyCon with one overriding goal: Find a solution to Canada’s campus speech problem that doesn’t involve endless litigation.

He knew that was a common response south of the border, but Canadians prefer policy initiatives, Kmiec told The Fix.

LibertyCon didn’t yield the answers Kmiec was seeking: Everyone told him that Canadian students should just “sue sue sue” if censored or punished for their expression.

This is a “very American response,” Kmiec said. Canadians don’t like to push the courts to handle everything, and there’s a greater risk than in the U.S. because Canada’s legal system doesn’t have a true First Amendment analog.

He said he’s still looking for the “reasonable cure that everyone can live with.”