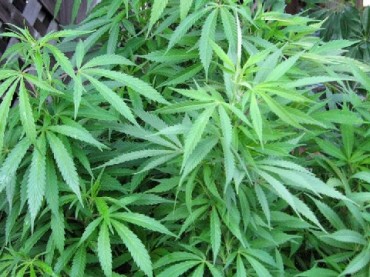 Cannabis products with very high concentrations of THC, a psychoactive chemical, have been associated with psychosis and dependence, according to an analysis published last week in The Lancet, a major medical journal, by mental health experts in the United Kingdom.

“We present, to our knowledge, the first systematic review of the association of cannabis potency with mental health and addiction,” epidemiologists Lindsey Hindes and Gemma Taylor, psychologist Tom Freeman and the paper’s three other authors wrote in the introduction.

Regular use leads to increased risk of psychosis, dependency

“Understanding the health effects of higher potency cannabis products is timely because THC concentrations in cannabis have increased globally in recent decades,” The Lancet authors stated. “In the USA and Europe, the concentration of THC has more than doubled over the past 10 years, and new legal markets have facilitated the rapid development of cannabis products with higher potencies than earlier products, such as concentrated extracts.”

According to The Lancet analysis, people who used high potency cannabis were more likely to experience a psychotic episode. One study found that people who use highly potent marijuana daily were five times more likely to be diagnosed with psychosis compared to those who never use the drug.

Thirty-seven states and Washington, D.C. permit the restricted medical use of cannabis. Nineteen states as well as D.C. permit legal adult recreational use of the drug.

“In 2017, the most popular strains found in legal dispensaries in Colorado had a range of THC content from 17%–28%, according to addiction psychiatrist and a senior instructor for the University of Colorado Health Science Program, Department of Psychiatry, Elizabeth Stuyt,” the Washington Examiner stated.

“If you really just want to make it legal, then you need to really do a lot of informed consent and have strict regulations,” Stuyt told the Washington Examiner. “There needs to be warnings about potential problems like psychosis, like suicide, like cannabis hyperemesis syndrome, like depression, increased anxiety, all these things that research has shown the higher potency does.”

“We need to educate the public on what this new high-potency marijuana is and what the studies say about how it impacts you,” Luke Niforatos, executive vice president at Smart Approaches to Marijuana, an organization that opposes marijuana legalization and commercialization, told the Washington Examiner. “It’s totally different. The days of Woodstock weed are long gone, and the public needs to know that.”