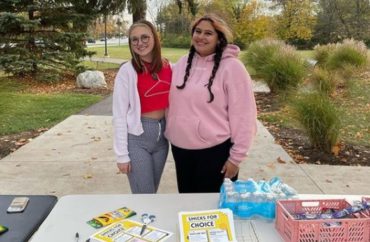 A Catholic college in Indiana has once again declined to give official approval to a pro-abortion club on campus.

Saint Mary’s College officials denied another request from Smicks for Choice to be recognized as an official club. The Catholic Church opposes abortion, and university officials cited its Catholic identity in its decision.

The nonprofit originally began in 2019 and was denied club status at that time based on the fact that they didn’t align with the College’s mission and need to affirm their Catholic identity.

In 2022, with Smicks for Choice’s new executive board and with new members on the administrative board of the College, the group once again applied for club status.
Vice President for Mission Julianne Wallace informed the students that their club conflicted with Catholic teaching.

“Saint Mary’s College encourages education and discussion around women’s reproduction and sexual health both inside the classroom and in broader discussions throughout our campus community,” Wallace said, according to The Observer. “However, when discerning the application for Smicks for Choice, our Catholic identity necessitates we affirm a limit about what can be done in the College’s name and with the College’s resources, therefore the club cannot be officially recognized by the College.”

A graduate of the college who now works in pro-life activism praised the decision though she called it the “bare minimum.”

“I applaud my Alma Mater for this choice,” Catherine Viz told The Fix via Facebook messaging. “Quite frankly, it is the bare minimum for a Catholic college.”

“Abortion at the end of the day is murder- plain and simple. No amount of ‘dialogue’ or ‘conversation’ will ever change that fact,” the Students for Life of America staffer told The Fix.

“Since the first century the Church has affirmed the moral evil of every procured abortion,” the Catechism of the Catholic Church states. “This teaching has not changed and remains unchangeable. Direct abortion, that is to say, abortion willed either as an end or a means, is gravely contrary to the moral law.”

“To our supporters, thank you:) We aren’t going anywhere,” the group wrote on its Instagram today.