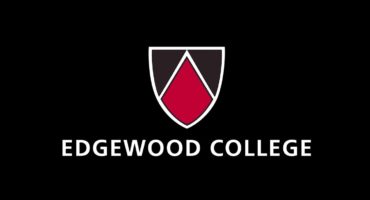 A small Catholic college in Madison, Wisconsin was thrown into turmoil last week after school administrators scrubbed a Planned Parenthood link from the school’s public website. Students protested the decision and at one point demanded the president’s ouster due to her role in the controversy.

Yet last week the school announced that it will continue to promote the abortion provider to students internally, even though it has removed the link from its public-facing website.

Edgewood College, a Dominican Catholic institution with about 1,500 undergraduate students, had previously touted Planned Parenthood as an off-campus health resource for students.

Planned Parenthood is the nation’s largest abortion provider. The Catholic Church explicitly prohibits “formal cooperation” in abortion, so much so that any member of the Church who cooperates in an abortion receives an automatic excommunication.

Following the major response to that petition, the school removed the Planned Parenthood link from its website. Last week the interim president, Mary Ellen Gevelinger, told The College Fix via email that she had “asked that it be removed from the College website,” a request she said had “been done without any public notice.”

Following the removal of the link, students on the campus rallied in protest of the decision and in defense of Planned Parenthood. The protests were evidently spurred at least in part by The Fix‘s report on the controversy, which “was circulated among students on social media and word of mouth,” according to the student newspaper On The Edge.

That paper reported that members of the school’s choir “silently protested” the removal of the link by displaying Planned Parenthood stickers on their binders at a concert at which Gevelinger was in attendance.

Additionally, the student senate drafted a letter to Gevelinger “express[ing] concern about the president’s lack of research into TFP and the college’s lack of sexual education and resources on campus.” It also included a “list of demands” from students.

The paper reported that students had secured a meeting with Gevelinger last Friday, one at which it was rumored she would issue a “public apology.” At that meeting, a livestream of which was broadcast from On The Edge‘s Facebook page, Dean of Students Heather Harbach informed the assembly that Gevelinger would not be making an appearance but would instead be meeting with students at a later date.

“Today’s gathering that we agreed to come to … was a gathering that was shared with us by student leaders as one with students, and that’s not what’s happening here right now,” Harbach told the crowd, which immediately began shouting “shame” as Harbach finished her speech and appeared to quickly leave the room.

On The Edge reported that some “students, faculty and staff” were “in tears” after this exchange.

During her brief appearance at the event, Harbach also informed the students that the disputed resource link to Planned Parenthood was still being promoted to students by the college.

Harbach told the crowd that, in a meeting between activists and Gevelinger, “there were some requests from the student leaders that were present. One of those was to move the document that included the resources that can be available for off-campus health resources for students. And we did that …It’s on a site that’s accessible for students. It’s on Edgewood Express.”

Campus spokesman Ed Taylor later confirmed to media that the link to the abortion provider “is available to students on a private network that only staff, faculty and students can access through a login,” according to one news outlet. Taylor did not respond to a query from The Fix over the weekend.

In an email sent to students on Thursday afternoon and posted to the school’s website on Friday, Gevelinger wrote that the document that lists Planned Parenthood as a resource “is available to our students in printed form at The Wellness Center, electronically upon request, and from Wellness Center staff when consulting.”

In that letter, she appeared to contradict an earlier claim she made to The Fix that she had asked for the link to be removed “since Planned Parenthood is a major provider of abortions.” In last week’s letter to students, Gevelinger claimed she had asked for the link’s removal “in an effort to reduce Edgewood College’s value as a weapon as [TFP Student Action] continues to attack institutions.”

Protests follow president’s no-show; students say she ‘has got to go’

On The Edge continued to document the protest activities taking place following Gevelinger’s refusal to attend the meeting. Photographs and videos on the paper’s website show crowds of students congregating, marching and chanting slogans at passing cars, including “Hey hey, ho ho, the president has got to go.”

Many students waved homemade signs supporting abortion and Planned Parenthood. “I can’t study for finals cause I am fighting for my right to exist,” one sign declared. Another read “thou shalt not mess with woman’s rights.” The sign attributed that maxim to “Fallopians 1:22,” a possible reference to the Supreme Court’s January 22, 1973 decision in the landmark abortion case Roe v. Wade.

The paper noted that numerous faculty and staff lined up behind the students. Dean of Arts and Sciences Melanie Herzog read a statement from faculty and staff that said they “stand in solidarity” with students and condemn the “hateful rhetoric” from TFP Student Action.

Lisa King, co-director of Women’s and Gender Studies, said Gevelinger showed her “lack of commitment to community and partnership” by not attending.

On The Edge reported that some students are hoping to continue the momentum of the pro-abortion provider activism into next year. One told the paper that “this fight is not done, and … it will continue,” while another was reportedly “committed to making sure this issue does not dwindle over finals week, winter break and next semester.”

In the midst of the uproar, both Gevelinger and On The Edge have promoted multiple untrue statements about The Fix.

Following The Fix‘s initial report on the controversy last week, On The Edge editor Alyssa Allemand reached out on Thursday afternoon. She first asked to speak to the reporter who had authored the story, then asked for this editor’s phone number, for the purpose of “clarifying information about the situation” at the college.

Asked if there were a mistake in The Fix‘s report of which she was seeking a correction, Allemand responded: “Not necessarily a mistake … I just want clarification on how your article was written and how the information was traced, etc. If you have any transcripts from interviews or emails I could look at that include our president, it’d be much appreciated.”

Allemand was informed that The Fix does not share source exchanges or communications. This editor then asked her to clarify some ambiguous statements in her newspaper’s reporting. In a subsequent report in On The Edge, Allemand wrote that this editor had “declined to comment,” quoting The Fix‘s explanation of its source policy.

The Fix did not “decline to comment,” but rather had directly refused to provide Allemand with communications between a reporter and a source. She did not respond to queries last week seeking clarification on why she had characterized her exchange with The Fix in this manner.

In her letter to students on Thursday, meanwhile, Gevelinger wrote that, following the removal of the abortion provider’s link from the school website,

The Fix did not “claim victory” in its report, but rather reported on TFP Student Action’s petition and the college’s removal of the link, along with Gevelinger’s comments to The Fix.

On The Edge reported last week that Gevelinger also claims The Fix “twisted her words” in its reporting on her comments. The paper did not expand on those claims.

Gevelinger did not respond to queries last week seeking comment on her characterization of The Fix‘s reporting, specifically why she believed The Fix “twisted her words” and why she said The Fix had “claimed victory” in its report on the situation.