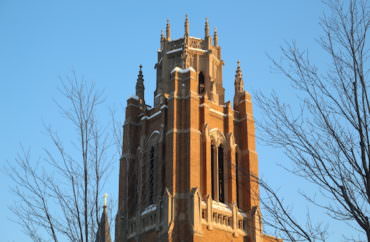 A Catholic university in Wisconsin has drawn outraged criticism for agreeing to host an LGBT-themed dance on its campus next spring.

Marquette University, a Jesuit-run university located in Milwaukee, Wisconsin, will feature an event called “Pride Prom” next April in one of its campus ballrooms. Nearly 20,000 people have signed a petition condemning the planned celebration.

The building in which the dance will take place also contains a chapel in which resides the Eucharist, which Catholics believe to be the body and blood of Jesus Christ.

The prom will be sponsored by the school’s LGBT+ Resource Center, and is the first event of its kind to take place at Marquette. It is billed as “an all-ages, family-friendly event and open to the public.”

Marquette’s decision to permit the event to take place on its campus has drawn considerable opposition. The organization TFP Student Action—an activist group that “defends traditional moral values on college campuses”—has circulated an online petition in opposition to the prom. The petition has accumulated nearly 18,000 signatures.

TFP stands for “tradition, family and property” according to the group’s website.

Part of the group’s petition quotes from the Catechism of the Catholic Church, which claims that “Homosexual vice is ‘intrinsically disordered’ and ‘contrary to natural law.’” The petition argues that “no Catholic campus should sponsor a dance that legitimizes unnatural behavior which deeply offends God.”

The College Fix reached out to John Ritchie, director of TFP Student Action. Ritchie directed The Fix to a “prepared statement” on TFP Student Action’s website. “To promote ‘pride’ for any sinful lifestyle cuts at the root of Catholic education,” the statement reads in part. “Because St. Thomas Aquinas teaches that pride — as an act of contempt for God — is one of the worst sins.”

“No Catholic campus should ever sponsor a formal dance party for same-sex couples,” the statement reads, “or act to legitimize lifestyles that deeply offend God and harm the moral fabric of our nation.”

TFP Student Action also challenges the prom’s proposed venue, for they claim it desecrates a campus space with religious significance: “‘Pride Prom’ is scheduled to happen in the same building that houses the Chapel of the Holy Family, where the Holy Eucharist is kept and where Mass is celebrated.”

The Fix reached out to campus spokesman Brian Dorrington via email to ask whether Marquette University is directly supporting the LGBT “Pride Prom,” and if it violates the school’s Catholic principles to do so.

“The programming for this event has not yet been developed as the center only recently sent out a save the date invitation,” Dorrington responded. “This student programming is a collaboration with colleges and community resource centers across Milwaukee to bring awareness to the complexities our LGBT community faces.”

Neither Marquette’s president, Michael Lovell, nor the school’s LGBTQ+ Resource Center responded to The Fix’s requests for comment.