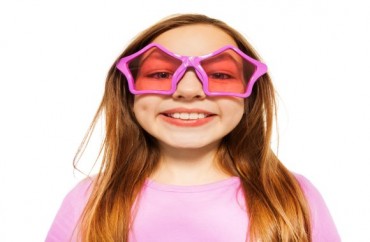 Hey, is Chicago’s Father Michael Pfleger teaching now, or something?

The Chicago Theological Seminary is making use of one of the most ludicrous videos ever to “teach” about the evil scourge known as white privilege.

Called “White Privilege Glasses,” it portrays a dorky white guy who, once he dons a special pair of lenses, sees the world “the way black people do.”

The couple look at each other with a knowing glance.

“You know what you need,” the black man tells his friend as he slips a pair of 3D-style glasses from his front pocket.

“What are these?” whitie asks.

“White privilege glasses,” the woman explains. “It helps you see the world the way we do.”

The video cuts to the white man on the street, with a woman pushing a stroller towards him. He slips on the glasses to dramatic music and the woman immediately scowls, hides her purse, and moves away quickly. Next, he looks up to the intersection of Jefferson Street and Washington Street, which transform to the corner Slave Owner and Slave Owner when he dons the white privilege glasses.

In a neighborhood store, the shop owner transforms – from welcoming to suspicious – when viewed through the white privilege glasses. It’s the same situation with a local policeman, who nods to his white friend but turns to attack mode with glasses on.

“Can you see White Privilege?” flashes across the video.

Just in case the answer is still a no, CTS provides one last example. The white friend, glasses on, fails to hail a taxi. He takes off the glasses and shakes his head.

“Come in for your free pair of glasses,” the video reads, providing a white privilege glasses website.

The Seminary says the rationale for the video is due to its mission “work[ing] towards greater social justice. And nowhere is this more needed than in the area of race.”

“To this end, CTS has created a web video to shine the light on White Privilege. We believe the racial divide will only change when the collective ‘we’ understand the concepts of privilege and begin to identify and correct the systems that advantage one group over the other.”

It goes on to note the typical (racial) left’s desire to “spark discussions and inspire dialogue,” but if you read the quote just above you’ll know this is laughably insincere.

For, if your preconception is that “the racial divide will only change” until people (whites, really) accept “the concepts of privilege,” etc., the discussion is already closed.