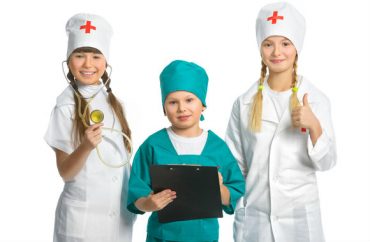 Boys in tutus are not transgender

Should schools and parents rush to indulge the fantasies of children who claim they identify with the gender opposite their sex – in particular, starting them on hormone treatments?

Absolutely not, according to psychiatrist Stephen Stathis, who runs a “statewide gender service” at Australia’s Lady Cilento Children’s Hospital.

Stathis told The Courier Mail that gender confusion in some girls he has treated seemed to stem from sexual abuse:

“The girls say, ‘If only I had been a male I wouldn’t have been abused’,’’ Dr Stathis said.

Only a minority of the expected 180 children to visit his clinic this year will be diagnosed with gender dysphoria – many are “trying out being transgender” and they’ll drop it by the time they reach puberty, according to Stathis:

The psychiatrist has also seen transgender children so desperate to start puberty blockers then progress to irreversible hormone treatment they harm themselves.

“I’ve seen genital mutilation, some who try to cut off their penis,’’ he said.

‘‘The thought of touching their genitals is so abhorrent they don’t wash them and get infections.’’

A quick glance at the psychiatrist’s name on Twitter shows many people trying to assail him as transphobic or a quack.

Stathis told Brisbane Times earlier this year that his clinic traffic started to climb “significantly” about three years ago, when it was still his personal project and not yet funded at the children’s hospital:

“To the point where in November last year, I had a two-year waiting list for me to see young people,” Dr Stathis said.

“And then the waiting list continued. The numbers were growing by about 25 per cent per quarter.”

He criticized the intersection of “cultural norms” with the new interest in transgender identity, saying it drives kids who are not transgender to think they are:

Dr Stathis said girls could do “stereotypical boys things” and were called a tomboy.

“A little boy would say to me, ‘Dr Steve, I like playing with dolls and I like fairies and I like dressing up, but I’m still a boy’. That’s not gender dysphoria.”

And other kids simply see being transgender as a “lifestyle choice,” not something innate, he says.