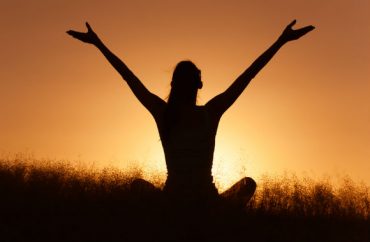 Including former tenured professor at Syracuse

Executive Director Shane Windmeyer said in a post on the list’s release that these schools “use religion as a tool for cowardice and discrimination” against non-straight youth.

Started in December to highlight schools that had requested or obtained Title IX waivers – information that has since been made public by the Department of Education – the list has expanded to include schools that have not asked the feds for waivers.

Two of the schools, in fact, show up on the list solely because they featured ex-lesbians in chapel services.

Wheaton College invited a former Syracuse University professor, Rosaria Butterfield, in 2014 to speak on her self-described “train wreck conversion” from “leftist lesbian” (who tried to expose the religious right) to heterosexual Christian. That prompted a protest by some Wheaton students.

Grove City College, one of the few colleges in America to refuse federal money (making it exempt from Title IX), found itself “shamed” solely for featuring Kristin Johnson, executive director of the OnebyOne ex-gay ministry, at a 2008 chapel.

[Video] Rosaria Butterfield on discussing the gospel and homosexuality with friends: http://t.co/kTlUYCfHtW

Most of the other listed schools that didn’t request waivers are in California: They gave money to the campaign against a far-reaching state antidiscrimination bill (SB 1146) that would punish them for enforcing sexual lifestyle expectations, spoke against it or both. (That bill has since been narrowed in scope.)

The nation’s first accredited Muslim college, California’s Zaytuna, isn’t on the list, perhaps because President Hamza Yusuf Hanson personally signed a letter against SB 1146. (Muslim student groups were also exempt from California State University’s “all comers” policy because they didn’t put their faith requirements for leaders in writing, as Christian groups did.)

The other non-waivers are Liberty University

because it has a long and well-documented history of anti-LGBTQ discrimination, including denying tuition discounts to same-sex and trans spouses of military personnel, despite offering those discounts to heterosexual and cisgender spouses; and a formal affiliation with the dangerously anti-LGBTQ Liberty Counsel [the two are actually not formally affiliated; Liberty Counsel founder Mat Staver resigned as dean of Liberty Law School almost two years ago].

Gordon College, which has

a long and well-documented history of anti-LGBTQ discrimination, including the administration’s retaliation against a professor who criticized the school’s ban on hiring sexually active LGBTQ people [she also suggested it face “economic sanctions“]; and college president Michael Lindsay’s request for a religious exemption to President Barack Obama’s non-discrimination executive order to protect LGBTQ students under Title IX [it actually had nothing to do with students or Title IX].

Brigham Young University, for its

established and well-documented history of anti-LGBTQ discrimination that endangers victims of sexual assault and has resulted in a call for it to not be included as a Big 12 school.

because it has opposed student advocacy for LGBTQ homeless youth, along with banning same-sex relationships and official LGBTQ student groups.

Campus Reform notes that the largest denominational presence on the shame list is the Southern Baptist Convention, with 30 affiliated institutions. An SBC official said that is “not surprising” because its confession of faith says that “marriage is the uniting of one man and one woman in covenant commitment for a lifetime.”

CORRECTION: Liberty Counsel and Liberty University are not formally affiliated, as claimed by Campus Pride. The article has been amended accordingly.