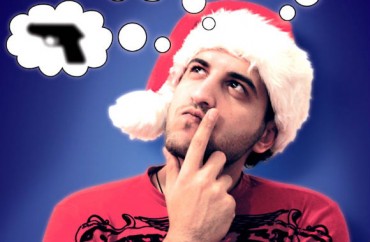 Hundreds of faculty members at public colleges in Texas, notably UT-Austin, have been pressuring their presidents to restrict guns on campus as much as possible under the new campus-carry state law. One even designated his classroom a gun-free zone before quitting his position.

That law gives each president the right to “establish reasonable rules, regulations or other provisions” regarding concealed handguns on campus, but bars them from approving restrictions that “generally prohibit” license holders from carrying on campus.

Now Texas Attorney General Ken Paxton has weighed in, responding to a request for legal analysis by a state senator who asked whether the floated restrictions are compatible with the law.

Paxton wrote this week that state law already prohibits guns in grade-school classrooms, so they would blocked from those rooms when colleges host such classes. But if a school prohibited guns in a “substantial number” of other classrooms, “a court would likely conclude” it violates the law.

Faculty members are implicitly prohibited from setting their own rules in their classrooms, because the law “as a whole” suggests the Legislature “did not intend to allow such piecemeal regulation of handguns on campus,” Paxton wrote: Presidents cannot “delegate” their authority that is expressly provided in the law.

RELATED: Prof: Campus carry would force scholars to give A grades so they don’t get shot

The strongest statement by Paxton regards proposals to ban guns from dorms. The law gives presidents the authority to set “reasonable requirements” on the “location and manner” of handguns stored in dorms:

If an institution placed a prohibition on handguns in the institution’s residential facilities, however, it would effectively prohibit license holders in those facilities from carrying concealed handguns on campus, in violation of S.B. 11. This is because “rules, regulations, or other provisions concerning the storage of handguns in dormitories” presupposes their presence in dormitories.

The law has enough wiggle room to let presidents make “occasional, reasonable temporary restrictions that are prominently posted on the institution’s website” and “clearly notify license holders of the restrictions,” as long as they don’t cross over to a “general prohibition” of campus carry, Paxton wrote.

Finally, the law indeed allows handgun licensees to sue the college president (a state officer) to force the college to stop blocking concealed carry in violation of the law, just not to recover damages, Paxton said. It follows that the offense of intentionally carrying a gun in an area where it’s prohibited by campus regulation could not be punished if a court concludes that regulation is not authorized by the law.

Read the opinion letter, which is not legally binding.