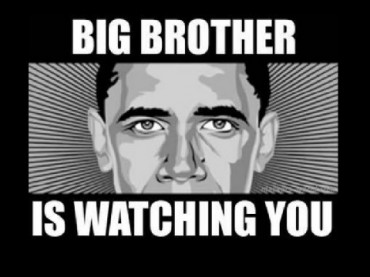 College students across the nation have launched protests against what they call “the U.S. surveillance state,” forming Students Against Surveillance chapters and adding their names to an open letter to the U.S. government that demands an end to its mass Internet surveillance and data collection efforts.

So far, 200-plus students and professors have signed the letter on behalf of their respective campuses, and at least 13 Students Against Surveillance chapters have been formed, including at Purdue, Stanford, NYU, UC Berkeley and the University of Oregon.

“Millennials will not stand for the abuse of our privacy rights,” Stanford University student Devon Zuegel, who launched a Students Against Surveillance chapter at her school, said in an email to The College Fix. She adds the effort represents “a unified front of young people who value privacy, especially from their governments.”

Students Against Surveillance and the demand letter stem from the Student Net Alliance, described on its website as an international student-run digital rights group that aims to empower peers “to protect their interests online.” The group is also linked to a “Reset The Net” movement – set to launch today – that asks people to take a variety of legal steps to stop the government from collecting personal data.

As for the protest among students, they state in their demand letter that their educational efforts are “severely hampered when governments monitor our communications and social media activity.”

“We came to university thinking that we could learn with confidence, without fear that what we are studying or investigating could potentially be used against us,” the letter states. “Given what we now know from Edward Snowden’s leaks, we no longer have that assurance.”

June 5, 2013, is the day the world learned of what Snowden disclosed to The Guardian newspaper, that National Security Agency programs track and analyze Americans’ every move, including cell phone calls and locations, emails, personal Internet activity and social media posts. Today marks the one-year anniversary of that revelation.

Students Against Surveillance argues that the NSA metadata collection programs are not being used to fight terrorism, citing a White House memo. It also contends the data collected on Americans can be used to build a complete picture of their day-to-day activities.

“The NSA’s mass surveillance programs … present a huge potential for abuse,” the letter states, adding that for a university setting, that means those who research controversial topics could be monitored, and that data could be used against them.

“LGBTQ students and faculty who have not publicized their sexuality can now assume that the government has information that could out them,” the letter adds. “Students seeking mental health assistance may stop seeking care for fear of that information becoming public.”

“As members of the global academic community, we sign this letter in protest,” it concludes. “We protest the U.S. surveillance state and the chilling effects it has on our campus life. We call on the U.S. government to bring the NSA back within the bounds of the constitution.”

Stanford student Zuegel, editor-in-chief of The Stanford Review and a College Fix contributor, encourages students and faculty alike to stand in solidarity in protesting mass surveillance.

In an email interview with The College Fix, Zuegel said she doubts this protest will have a direct effect on current NSA policies. Nevertheless, she says it is important for students to be on board, as they are the next generation of policy-makers, engineers, and journalists who are affected by a “growing surveillance state.”

In general, Zuegel says Millennials seem to oppose government surveillance, even though some are “apathetic towards the issue.”

“But that does not lessen the importance of establishing that Millennials will not stand for the abuse of our privacy rights,” she continued.

As for what she hopes will come out of the protest, she is confident it will build “a unified front of young people who value privacy, especially from their governments.”

In an open letter to her peers in the Review asking them to join the movement, she cites the First and Fourth Amendments to the U.S. Constitution, of which she says NSA surveillance is in violation.

She also said the spying “contradicts the very values and goals upon which our university was founded,” citing Stanford’s motto of “Die Luft der Freiheit weht,” German for “The winds of freedom blow.”

“Universities should be strongholds of open communication, where the free flow of information is encouraged,” Zuegel writes in The Stanford Review. “The ability of students to learn and grow is severely hampered when governments monitor our communications and social media activity.”